Ahhh vinyl. The analog format stokes the passions of many music lovers, and it’s an enjoyable experience. But is it better than digital music?

That question depends entirely who you ask. If you ask me, it’s just like trying to figure out how you want your pizza: as long as you’re using quality ingredients, you’re not going to be disappointed with your meal.

Editor’s note: this article has been updated to include sales information about vinyl against other formats of music consumption.

Vinyl has some serious drawbacks

Before we launch into the article, it’s worth knowing that vinyl has serious flaws that can’t be corrected. Photo by Elviss Railijs Bitāns from Pexels Vinyl is a celebrated music format, but it has some serious downsides.

For example, the analog nature of the format means that it will degrade over time, with increased noise and other artifacts making their way into your music after repeated listens. Additionally, this type of physical media can’t contain the same amount of data that a high-bitrate digital file would. It has less dynamic range, is extremely fragile, and can sometimes add distortions called “wow” and “flutter.”

Because vinyl requires physical objects to store the music on instead of just streaming it from a server, you’ll need to be able to buy and store hard copies of every album you want to listen to, and that space—and pricetag—adds up fast. It’s even worse when you realize that turntable cartridges wear out, and that your budget for music listening will have to increase if you contract the vinyl bug.

Despite the typical hogwash associated with all-analog sound having some magical quality that makes it better than digital, there is actually a bit of truth to the notion because of something completely unrelated to the capabilities of each medium. Sure, a lot of people simply enjoy the ritual of thumbing through physical media, setting up the turntable, and listening to a whole album. However, that’s not the whole story.

The rest of it dates back to sometime in the 1990s, when the CD all but killed off vinyl in the first place. Production studios for large entertainment companies made the switch to digital, and realized that the new format afforded new ways to edit music. However, some started to take it a little too far, and it wound up being known as the “Loudness War.” 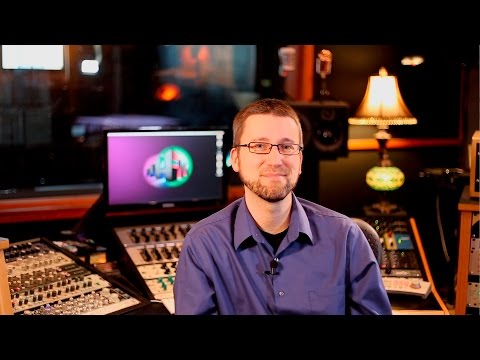 The video above is a great primer, but the shorter version is this: mixers noted that many instruments were hard to bring to a desirable loudness in relation to other tracks, and started over-using what’s called dynamic compression to make softer sounds louder in the final mix. By doing this, you can bring the average loudness up super high—something that record execs assumed would translate into better-selling records (ed. note: it didn’t). The practice isn’t inherently a bad thing, but there are tradeoffs. Loud music can sound better in some instances, but when you push it too far, you lose a lot of sound quality when your listeners change the volume.

Even by conventional metrics, quality of the sound will tank the more you lean on this compression. By doing it too much, you can unintentionally add noise and artifacts into your recordings by raising the levels of certain sounds, as well as cutting the loudness of individual instruments where they need to stand out amongst the crowd. In short, this is a tool that should be used sparingly because it can dramatically decrease the quality of a song even though the medium supports something better.

Why analog is so different

By bringing the levels of the softer sounds up in the recording, you narrow what’s called dynamic range. By that we mean, the difference between the quietest sound and the loudest ones will be much smaller, so the wider your dynamic range is, the more potential you have for different loudnesses in certain sounds. This makes your recordings seem more lifelike and interesting, because it more accurately reflects what a listening environment would be. Narrow dynamic range sounds very odd to the ear when sounds that are supposed to be loud are quiet, and so on. Even though digital music has a higher theoretical dynamic range (96dB vs. 70ish dB) than analog, analog recordings sometimes have a higher effective dynamic range because their mixes weren’t made with boosting loudness as an end goal.

Back in the day, recording music on reel or other analog formats was fairly difficult, given that a recording could render the vinyl or tape unusable if the levels were too close to the theoretical maximum of the medium. Consequently, mixes tended not to mess with loudness too much, for fear of actually breaking the physical copy of the music itself (ed. note: by making music with a high loudness, you could make the needle of a turntable damage and jump grooves wildly and without remedy). Analog formats have their issues, but the biggest problem is their relative fragility compared to digital.

Most mixes made for vinyl are relatively “quiet,” and require you to crank the volume in order to enjoy the track fully. Vinyl can still push music to the limits of its dynamic range (55-70dB), but it often shies away from doing so in order to maintain sound quality. That’s why snare drums, cymbal splashes, and other loud instruments have so much more “punch” in vinyl recordings: there’s very little compression, so the loudest parts of those sounds often stand out like you’d expect them to at a live performance.

However, digital files don’t have this same limitation. If a part of a song exceeds the theoretical limit on a WAV or MP3 file, the sound just “clips” and the loudest part to go over that limit is deleted (you can hear an example of this by playing the video above). This allowed producers of the 1990s and 2000s to make their tracks sound much louder than ever before. Over the period from 1980 to 2010, the average loudness of recorded music steadily got higher and higher.

You can see it for yourself in action if you have any MP3 files lying around. Open some in your favorite editor and take a look at the waveform. Most music pre-1990 will have very jagged lines. But music that was mastered to be loud will look almost like a hamburger. There won’t be many peaks or valleys, just pure, overcompressed sound-patties: Those peaks and valleys show differences in peak loudness in the song. However, when there aren’t any differences, it’s very easy to lose even major parts of a tune in the din of so many instruments of equal volume.  Over the 2000s, songs were mastered with less and less dynamic range, all while getting louder and louder on average. It wasn’t long before vinyl recordings of the same content often had better sound quality at normal listening volumes simply because they had higher dynamic range. Maybe it was coincidence, but vinyl began its resurgence at around the same time as recordings started this trend.

Digital got its act together, but not until the death of the CD

The late 2000s was the tipping point for the Loudness War, as an unlikely Hero showed music fans how badly the situation had gotten. No, that’s not a typo: the catalyst for the renewed backlash against loud music was Guitar Hero.

In 2008, Guitar Hero had hit its stride as the prominent rhythm/music game of the year. It featured many popular songs from the last 40 years, and in order to play the game, the developers had to re-mix the music to allow for player error to affect the playback. However, the controversy arose when all of a sudden, Metallica’s Death Magnetic album actually sounded… kinda good.

You see, that album was largely panned on initial release, and in no small part because it was mixed as loud as humanly possible for the medium. Detail was rare, and the drums sounded awful. It was the archetypal victim of the Loudness War. 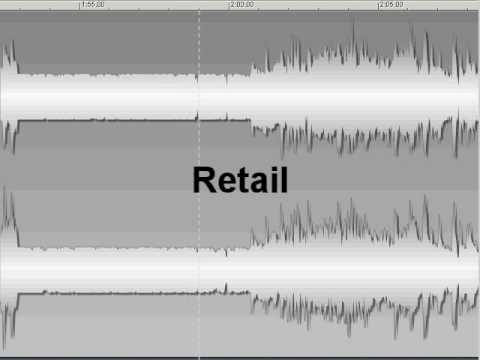 But when players of Guitar Hero got to strum their way through the song, the increase in sound quality was notable. This didn’t sit well with fans of Metallica, as you can imagine. Neither did it sit well with Ted Jensen, who was responsible for the final mix of the retail version of the album:

I get to slam my head against that brick wall every day. In this case the mixes were already brick-walled before they arrived at my place. Suffice to say I would never be pushed to overdrive things as far as they are here. Believe me, I’m not proud to be associated with this one, and we can only hope that some good will come from this in some form of backlash against volume above all else.

It seems like the only people that were out of the loop on this one are the record execs. However, things are finally starting to look up. Now that so many internet artists are starting to gain traction, the loud mixing style is quickly losing favor—because there is no relationship between loudness and sales. The myth that “louder is better” is finally being understood as what it is: a mistake.

So is vinyl better?

Now that digital music is starting to become less and less poorly-mixed, you’d think that vinyl would be on its way out again. For sure, hi-res digital music is a vastly superior format in both convenience and quality, so why would someone side with vinyl over MP3 or streaming? Vinyl may be an underdog to streaming, but it has outlasted the CD.

It’ll be interesting to see what happens, because that argument only holds up when the music is mixed the same—and even to this day it’s not quite there just yet. To be sure, some major albums like Daft Punk’s Random Access Memories have made a big splash without the Loudness War sound, but digital isn’t quite where it needs to be. For digital to truly eclipse vinyl, thousands of records from the 1990s onward would need a remaster.

So no, vinyl isn’t better than digital music, but it offers several advantages because of the fact that Loudness War mixing isn’t feasible on the medium.