Where do sounds live?

We talk about bass, mids, and treble all the time, but what do any of those phrases actually mean?

Whenever we review an audio product, we give as much concrete information as possible. This often means citing frequency response and isolation charts in tandem with precise references to a given song. Sure, pointing out a certain frequency range to you is more useful than saying “the bass is muddy,” but we can go a step further by sharing what critical frequencies sound like.

What are fundamental frequencies, harmonics?

A change in loudness between frequencies isn't likely to be perceived unless it's above 3dB.

Relatedly, when buying headphones you’ve probably seen the frequency range 20Hz-20kHz on nearly every package. Said range covers the entire spectrum of human hearing. Granted, concert attendees, city dwellers, and those over the age of 24 have diminished hearing. If you identify with any of those, your hearing range is probably closer to 20Hz-16kHz. Skeptical? Test it out.

Then there are harmonics. These are the resonate sounds we hear most notably from string and wind instruments. This rhythmic vibration gives an instrument its recognizable sound. Technically speaking, the term “harmonics” includes the fundamental frequency and its sonorous successions. If you want to be pedantic, refer strictly to the sounds following a fundamental frequency as “overtones.” Colloquially, though, the term “harmonics” suffices.

Related: How does frequency response affect my music? 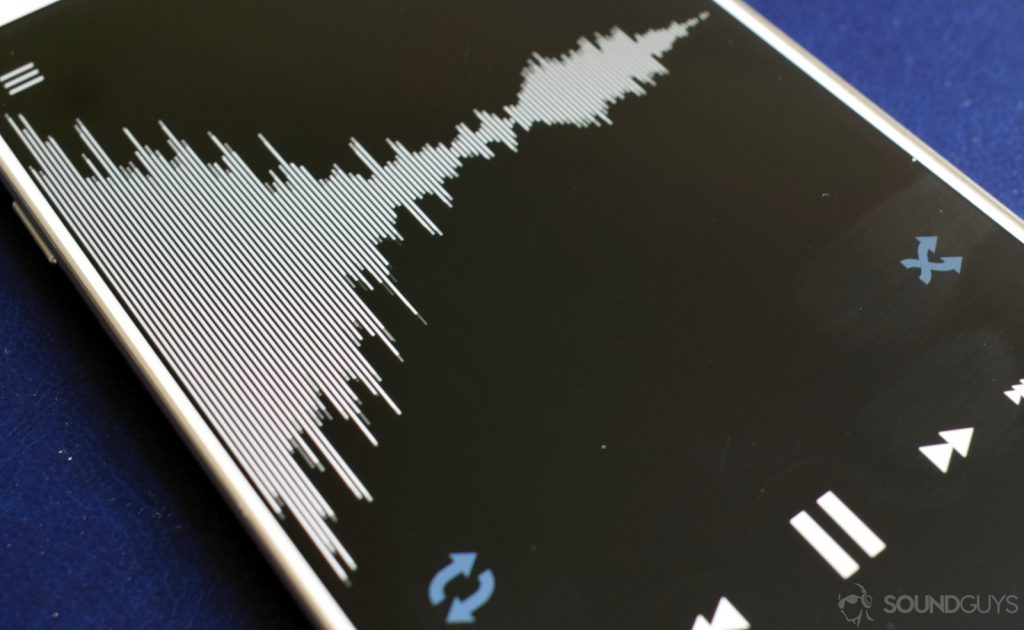 The more neutral a frequency response, the easier it is to EQ it without issue.

An exhaustive list of instruments and their frequency ranges, while interesting, isn’t the most practical knowledge set for the general consumer. Instead of boring numbers into your brain, here’s a condensed list of the most salient musical components referenced in reviews and marketing.

More often than not, this is the frequency range that’s felt rather than heard. Remember high school when you tried to impress Julie from pre-calculus by showing off your car’s subwoofers? Well, the sub-bass and bass frequencies were responsible for the two of you “feeling” the music. These notes touch the lowest threshold of human hearing and range from 16-32Hz.

Bass frequencies (32-512Hz) are easy to identify: relevant instruments, such as a kick drum or bass guitar, guide the listener through a song. If you ever get too distracted or overwhelmed by accompanying instruments, you can always return to the bass line. Low-end patterns within a song are simplified for this reason, thus emphasizing emotional elements of a song. SoundGuys often references kick drums for their ubiquity across musical genres. A kick drum’s frequency ranges from 60-250Hz. What, though, does one sound like?

Midrange frequencies cover a lot of ground (512-2048Hz). This includes virtually all vocalists along with popular instruments like acoustic and electric guitars, the mandolin, flute, accordion, and piano just to name a few.

Oftentimes cheap headsets favor bass frequencies over mids. This is recognized as a consumer-friendly sound signature, which is appropriate in certain instances (i.e. working out). However, if you’re an audio enthusiast or just want to enjoy an accurate representation of music, subsequent auditory masking is annoying. This is when the bass frequencies are so emphasized that they make midrange notes difficult to hear. If you’ve ever struggled to hear the lyrics of a song from a new set of earbuds, it was probably due to masking, not artistic liberty.

This range (2048-16384Hz) accounts for the highest perceptible sounds. Fricatives, consonant sounds (i.e. f and th) which often plague podcasters, lie on the lower end of this spectrum. From ~8-16kHz are sounds like bells and the harmonic resonances of cymbals.

Oftentimes treble frequencies are strategically emphasized by headphone manufacturers to feign clarity. Our ears perceive boosted highs as detail, not just increased loudness, making it a smart workaround for headphone makers on a budget.

Why does any of this matter?

By knowing what you like and don’t like, you can cut to the chase and spend more time enjoying music how you want to hear it.

Not only will it better contextualize our reviews for you, but it will also broaden your real-world understanding of audio. As the saying goes, “it’s one thing to know something, and another to understand it.” By furthering your auditory knowledgebase, you’ll have a better grasp of what to listen for in your next pair of headphones or speakers.

Having concrete reference points for frequency ranges saves time and effort when buying headphones or speakers.

While we can postulate for days on end the benefits of studio headphones, you may realize, by reading articles like this, that a neutral frequency response isn’t for you. Instead, you may quite like the artificial clarity produced by an emphasized treble response. In that case, you’ll save yourself time and money by skipping the tedious experimental audio phase.