What do you want to see from the new AirPods? We have a few suggestions for Apple.

Well, it’s that time of year again. AirPods 3 rumors are flitting and floating about. Rather than speculate about what could be, let’s address what should be. Grab your favorite pumpkin-inspired drink and strap in. We’re hashing out what we want to see from the much anticipated, new AirPods 3.

We want the AirPods 3 to fit comfortably The Beats Powerbeats Pro have no problem staying in the ear due to their ear hook design and angled nozzles.

We really thought this would come to fruition with the AirPods 2 (2019) edition. Alas, the second-generation’s exterior was a complete facsimile of the first. Apple saved a pretty penny by avoiding a redesign, but third time’s the charm: we deserve something new and improved.

Users have bemoaned the AirPods’ fit from the beginning. The design is sleek and attractive but this is to the detriment of functionality. While it works for some, the fit is incredibly hit or miss. None of us here at SoundGuys have been able to achieve anything close to comfortable or reliable. Heck, Chris Thomas had to tape the earbuds to our test ears to record frequency response data, because they continually fell out.

Google just announced the new Pixel Buds, a pair of true wireless earbuds that respect the company’s minimalist design philosophy while appreciating the importance of a secure fit. If one tech behemoth could do it, why not the Cupertino kids? While we’re not asking for earbuds shaped like a submarine on a stick, as depicted from an icon 9to5Mac found in the iOS 13.2 beta, we would enjoy pods that secure to the ear.

This means the new AirPods should have better isolation 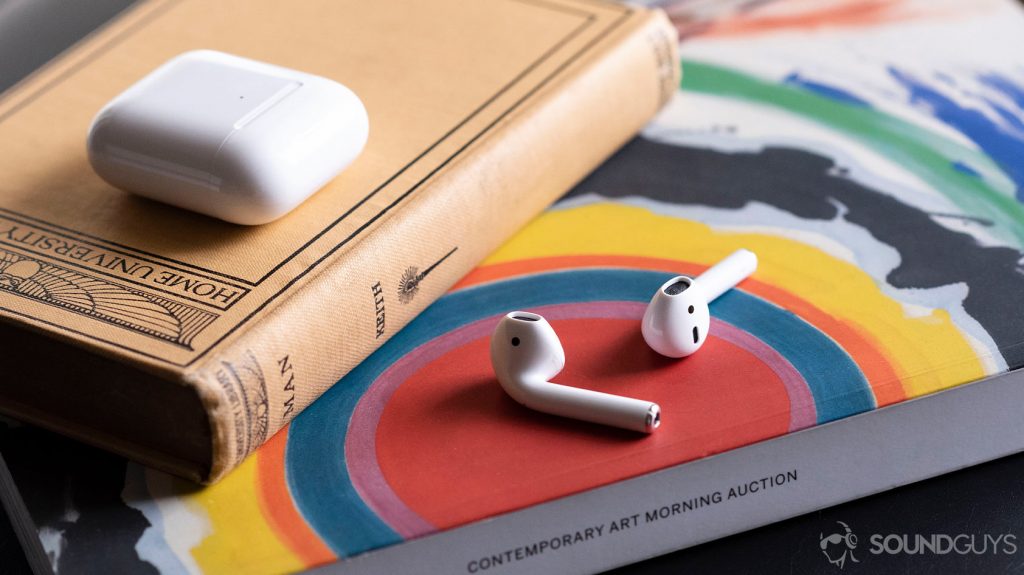 The AirPods 2 don’t seal to the ear, which is a hinderance to audio quality.

Just like peanut butter and jelly, isolation and a proper fit go hand in hand. In the case of the latter, one doesn’t exist without the other. The same 9to5Mac report cites potential noise cancelling capabilities in the upcoming AirPods. For this to be a remote possibility, passive isolation would have to be vastly improved. In other words, the new AirPods would need to create a seal with the ear canal. ANC rumors aside, improved isolation is something we’ve been begging for since this time last year.

The AirPods 3 sound quality will be markedly better than the AirPods 2 if Apple improves fit and isolation.

Yes, situational awareness is paramount if you’re exploring high-traffic areas, but there are alternative means. We’ve seen multiple true wireless earbuds and Bluetooth headphones implement a way to allow ambient noise in through the headset. This way, you’re getting the best of both worlds: good audio quality when you want it and situational awareness when you need it. If Apple finally introduces distinguished nozzles to its AirPods, its audio reproduction will greatly improve, especially when it comes to bass notes.

Now, back to noise cancellation. If Apple does announce noise cancelling AirPods, I’d be stunned if they outperformed the Sony WF-1000XM3. After all, Sony is our best all-around pick for ANC headphones. The company knows how to attenuate noise across the frequency spectrum and has had three generations of headphones to improve its technology. Apple, on the other hand, would be starting from behind in this regard.

The next-generation AirPods should be water-resistant 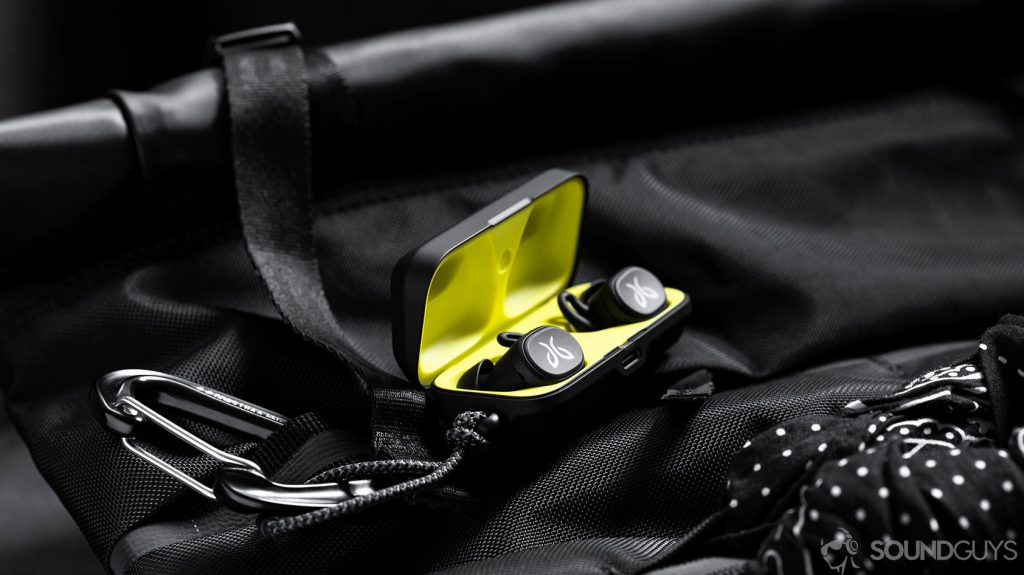 The Jaybird Vista earbuds are IPX7 water-resistant, so this level of durability can be done with true wireless technology.

Since the release of the Beats Powerbeats Pro, it’s understandable that Apple wouldn’t orient the AirPods 3 to be workout earbuds. That, however, doesn’t exclude the possibility of a low IP rating or water-resistant nano-coating. If the upcoming AirPods are sweat-resistant, then users need not worry about getting caught in unforeseen downpours. What’s more, you’d be afforded the option to workout in them if you didn’t have dedicated workout ‘buds on hand.

This seems like a rather realistic update to the AirPods because including fitness features would make the Apple Watch and AirPods an even more powerful duo. For instance, Spotify used to have an option to match your music’s tempo to your stride. This puts Apple in a great position to resurrect the feature for its ecosystem. After all, Apple Music stands as one of the most prominent streaming services available.

Will the batter life improve?

True wireless battery life isn’t comparable to standard wireless earbuds, but the technology has advanced to where the new Google Pixel Buds five-hour duration didn’t impress us much. Apple claimed five hours of playback for the second-gen AirPods. However, we were only able to squeeze 4.125 hours of listening from a single charge. While this isn’t significant compared to the cheaper Creative Outlier Air or related Beats Powerbeats Pro, it is a marked 21% increase from the original AirPods. This makes me believe that we’ll see another jump in battery life with the upcoming iteration.

Additionally, Apple should include a wireless charging case with its AirPods. Currently, you need to shell out an extra $40 with your AirPods bundle to get wireless charging. This, by the by, doesn’t include the cost of buying a compatible charging mat since AirPower failed to launch. However, Google and Samsung both include wireless charging with their respective earbuds at no extra cost. Apple needs to stop being so stingy and start throwing its fanbase a bone here and there. 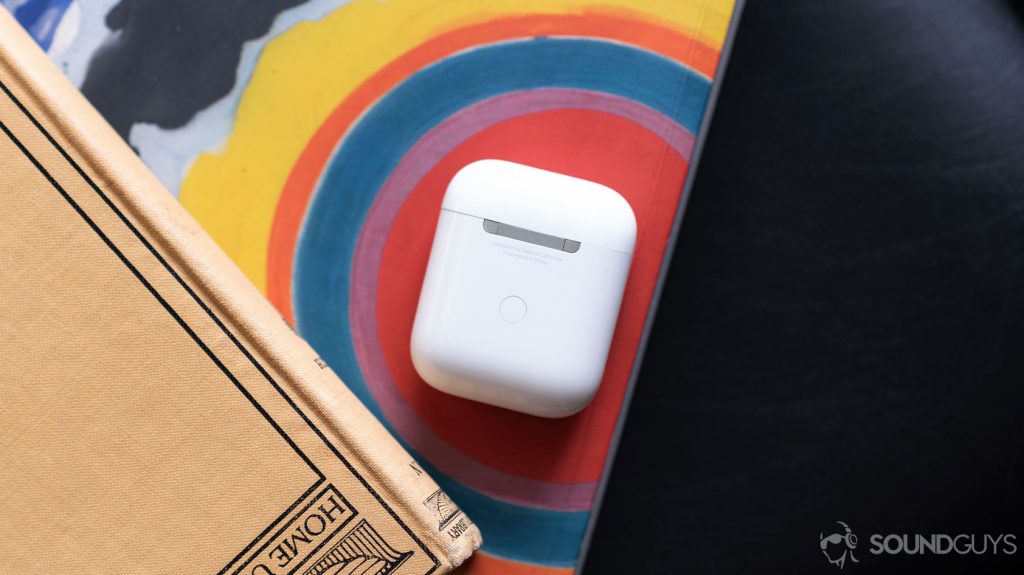 This one is a stretch; yet, it seems unfair to completely rule out the possibility of a USB-C AirPods 3 charging case. While Apple pushed its proprietary adapter aggressively over the years, we’re seeing a shift: the iPhone 11 ships with a Lightning to USB-C cable. Perhaps the company is subtly phasing out its connector. Plus, the iPad Pro (2018) ditched the Lightning connector for a USB-C input. Stranger things have happened, and I’d be overjoyed if Apple swung hard with the new AirPods by including USB-C charging.

Features we want to see again in the AirPods 3 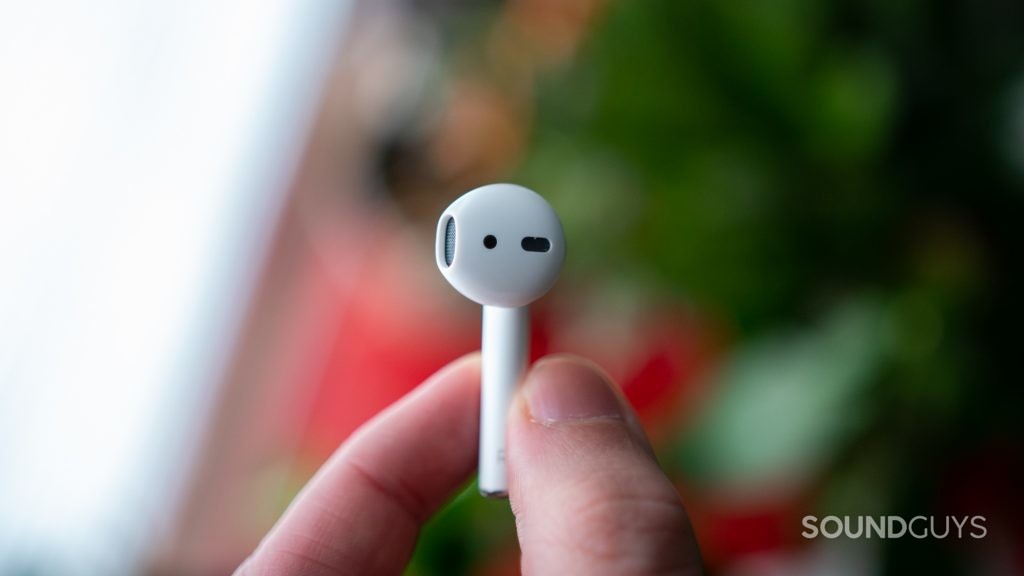 The sensors inside the AirPods are great for automatic ear detection.

With all of this wishing on what the new AirPods 3 should be, there are things we like about the current AirPods that we’d like to see in the next model. On our wishlist of features to stay is hands-free access to Siri via the new H1 chip. It seems a near impossibility for Apple to release a newer chipset and even less likely for it to revert back to the W1 chip. In that case, we expect that the same call and playback efficiency will be afforded in the company’s next true wireless earbuds.

AirPods 2 are packed to gills with sensors and accelerometers which facilitate automatic ear detection, improve voice clarity during calls, and more. While we hope Apple further improves this technology, we anticipate its presence to some degree in the anticipated AirPods.

While we want the AirPods to be redesigned, we hope and expect Apple will retain the earbuds’ small footprint. It’s impressive that the AirPods permit ~24 hours of playback when including charges from the case. The design is so simple, yet so functional it’d be surprising for Apple to stray from this design language.

While we won’t know until Apple releases an official statement, we anticipate the company won’t reinvent the wheel. Instead, it’ll follow its track record and improve upon what already exists.

Should I wait for the AirPods 3, get the current AirPods, or get the Google Pixel Buds?

Seeing how we don't yet have (May 8, 2020) an official release date for the Apple AirPods 3, you should narrow your considerations to what's out. Normally, when a product is this far into its lifecycle, as the AirPods are, we advise readers to wait, but with the state of manufacturing so in flux, it could be a while until new AirPods hit the shelves. Now that the comparison is more focused, it's worth noting that it depends on your operating system: iPhone users will enjoy all benefits afforded by the AirPods' H1 chip, while Android users will enjoy hands-free Google Assistant access and instantanes pairing. We have an in-depth Google Pixel Buds vs. Apple AirPods article that goes into much greater detail on the matter.