Save some cash without sacrificing too much.

By Audio-Technica
Check Price
Most people should go with the tried and true Audio-Technica ATH-M40x if you want a good pair of headphones in this price range.
View Full Review
Best sound
8.2

By Sennheiser
Check Price
Sennheiser has a proven track record of great headphones, and the HD 280 Pro doesn't stray from that legacy for the price.
Best for creators
8.4

By Sony
Check Price
If you're going to be working with editing or monitoring audio and want a good pair of headphones for less than $100, the Sony MDR-7506 is basically an industry standard at this point.
View Full Review
Best Bluetooth
7.6

By Sennheiser
Check Price
While it's not without its faults, the Sennheiser HD 4.40 is a great value if you want to cut the cord and go wireless.
Bang for your buck
8.6

By Anker
Check Price
These headphones are ideal for commuters and casual listeners alike—featuring an ergonomic design, good noise cancellation, and a 40-hour battery life.

While true wireless earbuds are taking off, it’s hard to beat a solid good pair of over-ear headphones. The problem is, all of the best ones with the newest features usually require some pretty deep pockets, but you can still afford some great features while maintaining an upper limit of $100. From Audio-Technica to Sony, we’ve picked out some of the best over-ear headphones for less.

Editor’s note: This list was updated on September 24, 2020, to include the Sennheiser HD 350BT in the notable mentions section.

Most people should just go with the Audio-Technica ATH-M40x

If the Audio-Technica ATH-M50x is the internet’s favorite headphones, then the ATH-M40x is the slept-on younger sibling. This headset is less flashy but just as capable; both share a similar design and build, which means the ATH-M40x is plenty comfortable and portable. The headphones have folding hinges, plush padding to help with comfort and isolation, and a less bass-heavy sound than the ATH-M50x. If you’ve had your eyes on the ATH-M50x (or even the Bluetooth version) but couldn’t justify pulling the trigger on it, then the Audio-Technica ATH-M40x might be right up your alley as a more affordable alternative.

Who should get the best over-ear headphones under $100?

What you should know about over-ear headphones

People like all sorts of personal audio devices, but over-ears are the mainstay of high-performing headphones. There are many reasons for this, but it mostly boils down to the fact that it’s easier to make them, from the guts to the padding. If you want the most bang for your buck, it’ll come from any of the best over-ear headphones under $100.

What are over-ears anyway?

If you’ve been searching our site looking for headphones, you may have noticed that we tend to talk about the different kinds of headphones separately. The most common that you’re probably familiar with are earbuds like the ones that come with your smartphone. Then there are Bluetooth earbuds, true wireless earbuds, on-ears, and finally over-ears.

To answer the question posed at the top of this section, over-ears are simply headphones that completely encapsulate your ears. The ear cups usually have a small indent in the padding for your ears to rest comfortably in. On-ears on the other hand, don’t completely cover your ears and therefore have slightly worst isolation in most cases.

Why is isolation so important? 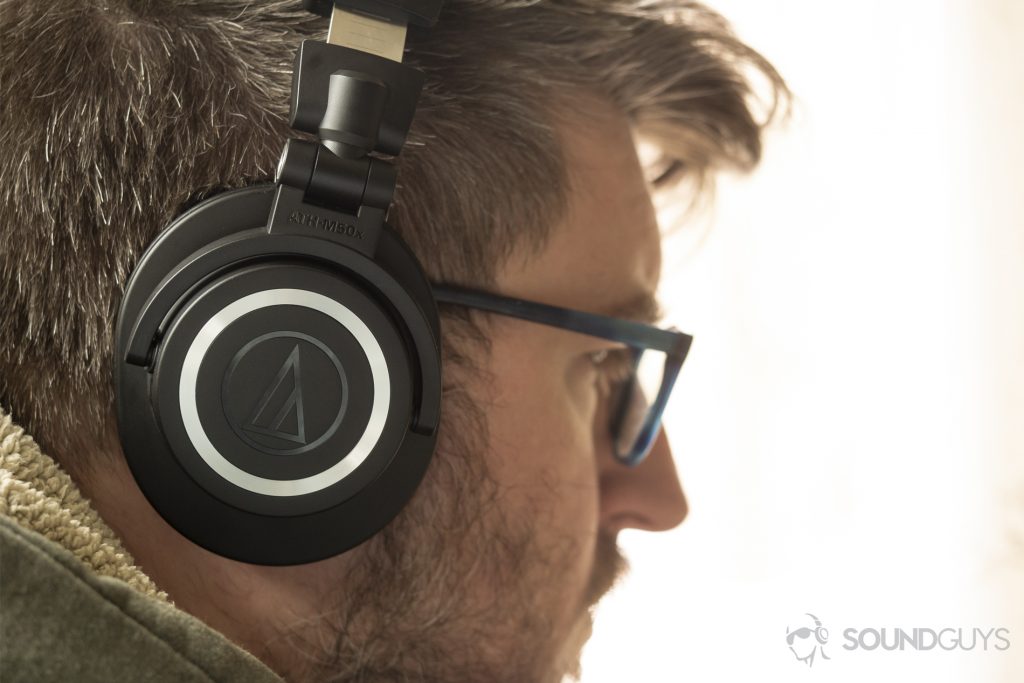 The Audio-Technica ATH-M50xBT has very good isolation, meaning most noise will be blocked out by a combination of your music and the seal on your head. These are some of the best over-ear headphones but cost more than $100.

Isolation is arguably the single greatest factor that impacts how you perceive music. If there’s a lot going on around you, your brain has a hard time picking out some of the frequencies that lie within the range of the outside noise. For example, if you’re on an airplane the low rumble or the jets will effectively draw the attention of your brain away from that smooth bass line you’re trying so hard to listen to. It’s a phenomenon called auditory masking, and it’s how humans evolved to hear. The more you can separate yourself from the noises around you, the better your music will sound. 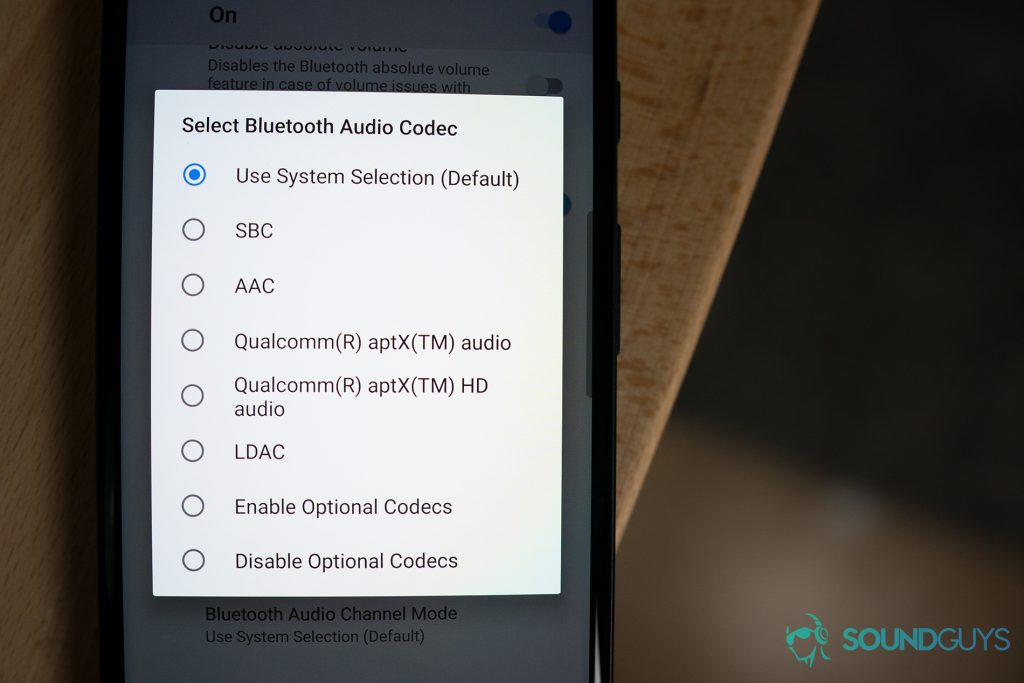 Bluetooth codecs in Android are supported by wireless over-ear headphones.

Bluetooth has come a long way since it was first introduced as an alternative to wired listening. It still isn’t a perfect replacement for a reliable audio cable, but the advancement of the Bluetooth codec—how data is packaged and sent between two different devices over Bluetooth—has helped things a lot.

An easy way to think of it is like languages that Bluetooth devices speak. If they speak the same codec (or language), then more data can be transferred more efficiently. If not, they default back to the most basic codec which is SBC (or in keeping with our analogy, hand gestures). It’s not as efficient, but SBC is universal, so everything can at least fall back on it. If you want to learn more, read our great piece explaining everything.

For the best sound quality, check out the Sennheiser HD280 Pro

When it comes to audio, few companies are trusted as much as Sennheiser, so its no surprise its product ended up on the best over-ear headphones under $100 list. They have decades of experience making some of the best headphones in the world. While the HD 280 Pro headphones don’t sound nearly as good as some of those upper-end models, they also don’t cost as much as a car so I think it’s a fair trade. Either way, the HD280 Pro has plush padding all around the headband and ear cups which make them great for long listening sessions and have an attenuation of up to 32dB.

They also fold easily at the hinges for easy transport and have a frequency response of 8Hz-25kHz, which means they can reproduce sounds even lower than the human ear can hear. Plus, the cable is replaceable so should they happen to break at some point in the future you can just replace the cable instead of needing to buy a whole new pair of headphones.

Then you have something like the Sony MDR-7506 headphones, which are arguably one of the best headphones under $100 period when it comes to anything to do with creating. You’ll find these headphones everywhere from TV production studios to recording booths, and it doesn’t seem like that’s going to change anytime soon. 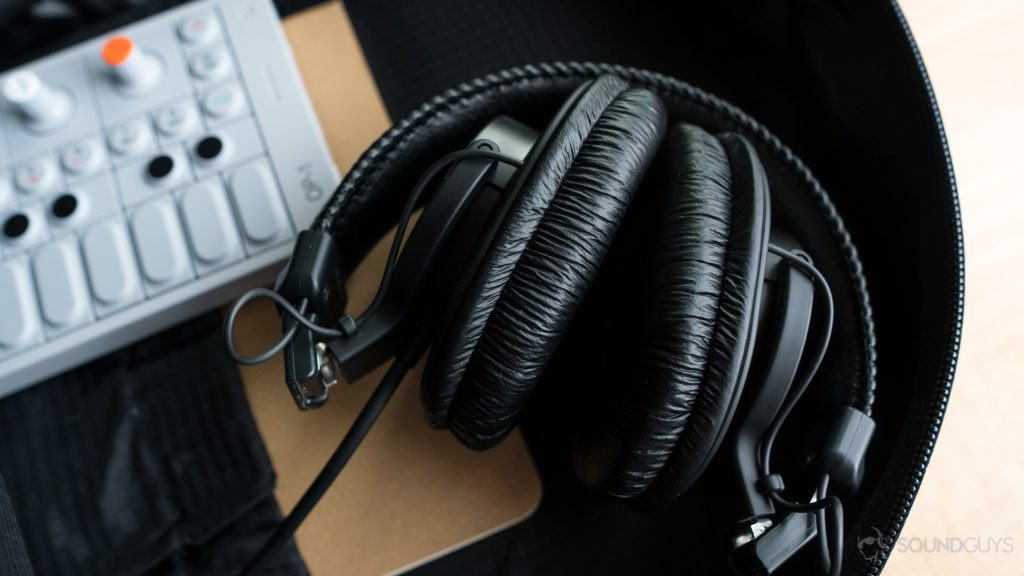 The lightweight plastic build is super comfortable and they fold to a fraction of their size making them easy to transport. Plus, the long coiled cable makes means you’re free to move around somewhat without pulling equipment off the table with you. They don’t give too much emphasis to any one area of the frequency response which means that you get one of the cleanest looks at your raw audio as you edit in the business. Not only are these some of the best over-ear headphones under $100, they’re some of the best headphones in general.

Cut the wire with the Sennheiser HD 4.40

If you prefer to go wireless, then the headphones you might want to check out are the Sennheiser HD 4.40. They feature a sleek, minimalist design with premium features like aptX support for high-quality streaming. They operate via Bluetooth 4.0, however, so you’re not afforded the same energy efficiency as with Bluetooth 5.0 products.

The thick padding helps passively block out external noise and the on-board controls make it easy to adjust volume, playback, or take calls all from a few buttons and toggles along the ear cups. The Sennheiser HD 4.40 provides 25 hours of playback on a single charge. Once it’s depleted, you’ll need to recharge via the microUSB charging cable. Yeah, the tech is a little outdated, but performance is great.

Sennheiser is known for producing audio products that sound good, and these don’t disappoint among the best over-ear headphones. If you want a wireless headset that performs reliably and is comfortable to wear for hours on end, get this.

Anker is best known for its portable battery packs, but if you’ve been following us at SoundGuys for a while you know that they also make some pretty great bang for your buck audio gear. The Anker Soundcore Life Q20 headphones are a prime example of this. These made it as some of the best over-ear headphones under $100 because they feature plush memory foam padding that provides both comfort and isolation, and they have a 40-hour battery life which isn’t bad.

Best of all though is 40mm drivers that when paired with active noise cancelling delivers an enjoyable listening experience. It still isn’t going to compete with the likes of something like the Sony WH-1000XM3 so don’t get your hopes up, but considering these can usually be found for around $60 it’s really impressive. 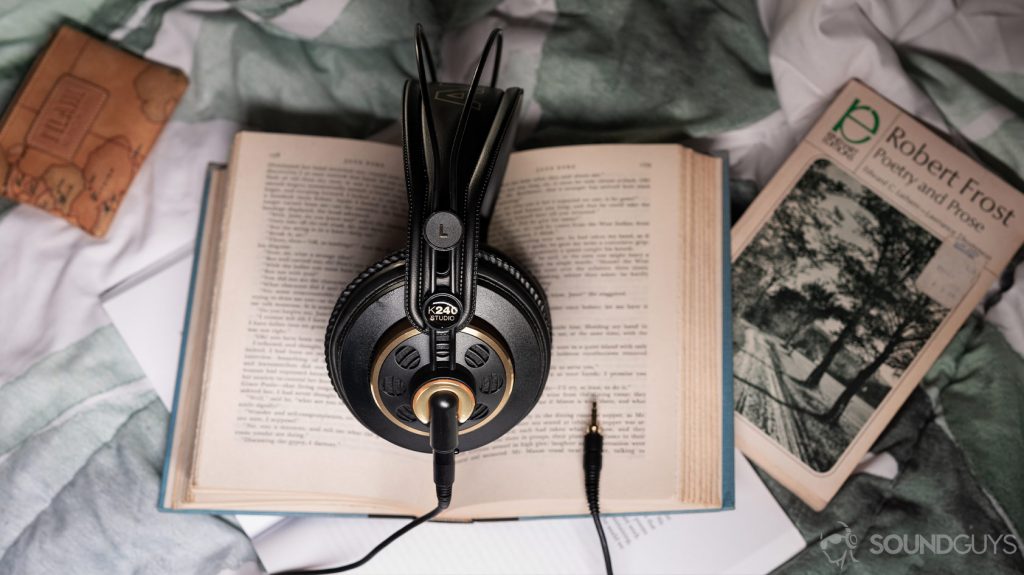 The 3.5mm cable is well-reinforced but users have reported breakage after just a few months. 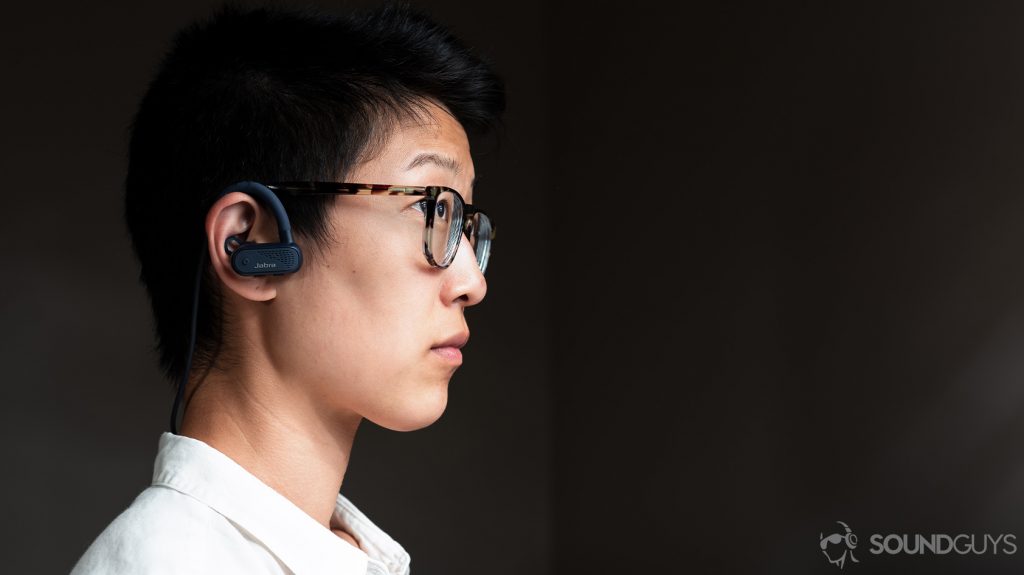 The ear hooks are easy to shape to the back of your ear for a secure, long-lasting fit.

We test every product that comes our way by way of recording objective measurements and using everything in a typical environment. While audio is a measurable science, we don’t neglect the importance of personal preference. Some people may really enjoy a bass-heavy sound while others may be forever in search for their platonic ideal headset.

Here at SoundGuys, we try to account for every need and preference when collating best lists. While our site does operate via affiliate links, none of our writers benefit from awarding one product over the other.

Honestly, the answer depends on what you're looking for in a pair of headphones. If you're looking for a convenient pair of neckbuds, LG has you covered. For more traditional headphones, Bose is well known for designing products that excel in comfort and active noise cancelling.

Oh, do we have the list for you! Our best headphones under $1,000 compilation includes products from Audio-Technica, HiFiMan, Beyerdynamic, Grado, and Audeze. If you're fine with hitting the upper limit of your budget, pick up the Audeze LCD-2. Alternatively, the Beyerdynamic DT 1990 Pro is a bit cheaper and sounds fantastic.