Great wireless Xbox One gaming headsets can be tricky to find, here are some of the best.

By SteelSeries
Check Price
If you want something just for the Xbox One, and wireless audio is attractive to you, the Arctis 9x is you're best bet. No other headset offers the mix of quality and convenience specifically tailored to the Xbox experience.
7.6

Razer Nari Ultimate for Xbox One

By Razer
Check Price
Razer brings its high end Nari Ultimate headset to the Xbox One, now with even more features. If you want something that does it all, and then some—look no further.
8.4

By HyperX
Check Price
The HyperX CloudX Flight is the Xbox-specific version of the Cloud Flight, and brings all the great elements of other Flight headsets like a comfortable design and great battery life for a reasonable price.
8.8

By Turtle Beach
Check Price
The Turtle Beach Stealth 600 shows that Xbox Wireless support doesn't have to cost a lot.

Shopping for wireless Xbox One gaming headsets can be tricky. Unlike wired gaming headsets, there aren’t all that many options out there—and even fewer are really worth getting.

It’s not terribly hard to find the right the headset, but there are still definitely a few things to consider when you’re on the hunt. Here are the best options we could find—based on our reviews, as well as research into products we haven’t gotten our hands on yet.

Editor’s note: this list was updated on August 28, 2020, to add the SteelSeries Arctis 1 Wireless to the notable mentions section.

What you should know about Xbox One headsets

Gaming on an Xbox One introduces audio complications typical of any gaming console. Here, the primary constraint revolves around connection options. The Xbox One features a number of USB ports and hardware to support Bluetooth connections, yet it supports neither Bluetooth headsets nor most USB headsets.

Wireless audio on the Xbox One requires a USB dongle, with a few notable exceptions (Some of which are on this list). However, only headsets made specifically for the Xbox One will work over a USB connection, whether wired or wireless. Microsoft has enforced something of a closed ecosystem for its peripherals, so wireless Xbox One gaming headsets won’t work on other consoles like the Playstation 4 and Nintendo Switch. 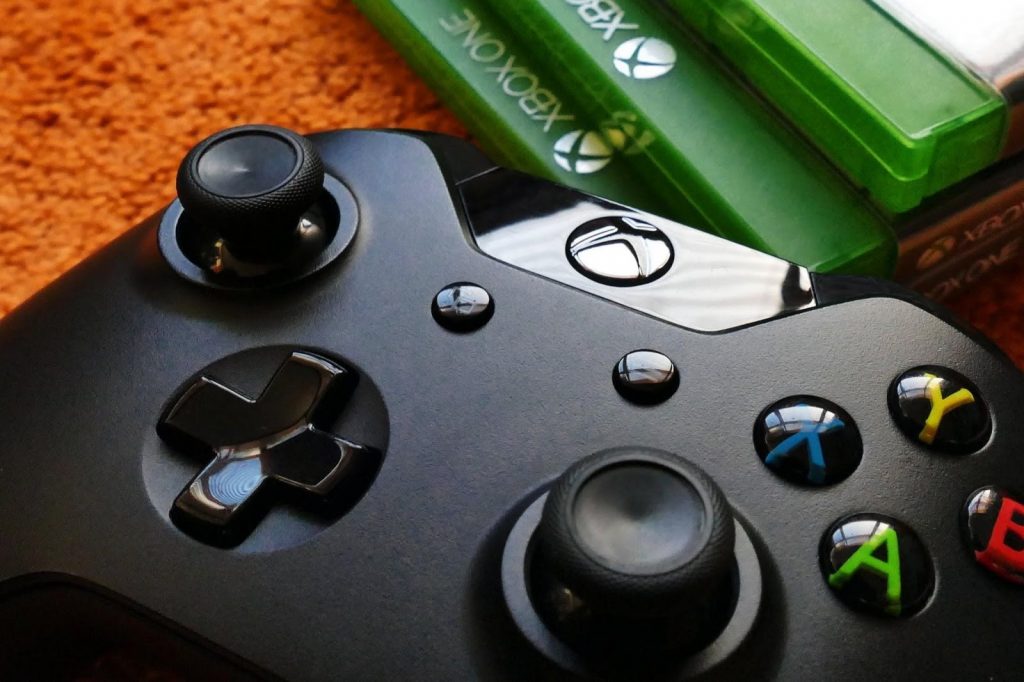 Microsoft’s XBox has gone through many iterations, but it’s always been a great buy for gamers.

Additionally, some wireless headsets use Xbox Wireless to connect to the console. This wireless connection is typically reserved for Xbox One controllers, and offers a dongle free solution, where headsets pair directly with the Xbox One. These headsets are often a little more expensive, but they’re fast becoming a common option.

With all that said, here are some of the best wireless Xbox One gaming headsets.

If you’re looking for a premium experience tailored from start to finish for the Xbox One, look no further than the SteelSeries Arctis 9x. Built on the same frame as great headsets like the Arctis 7 and Arctis Pro, the 9x variety is one of the first wireless Xbox One gaming headsets to go truly wireless. 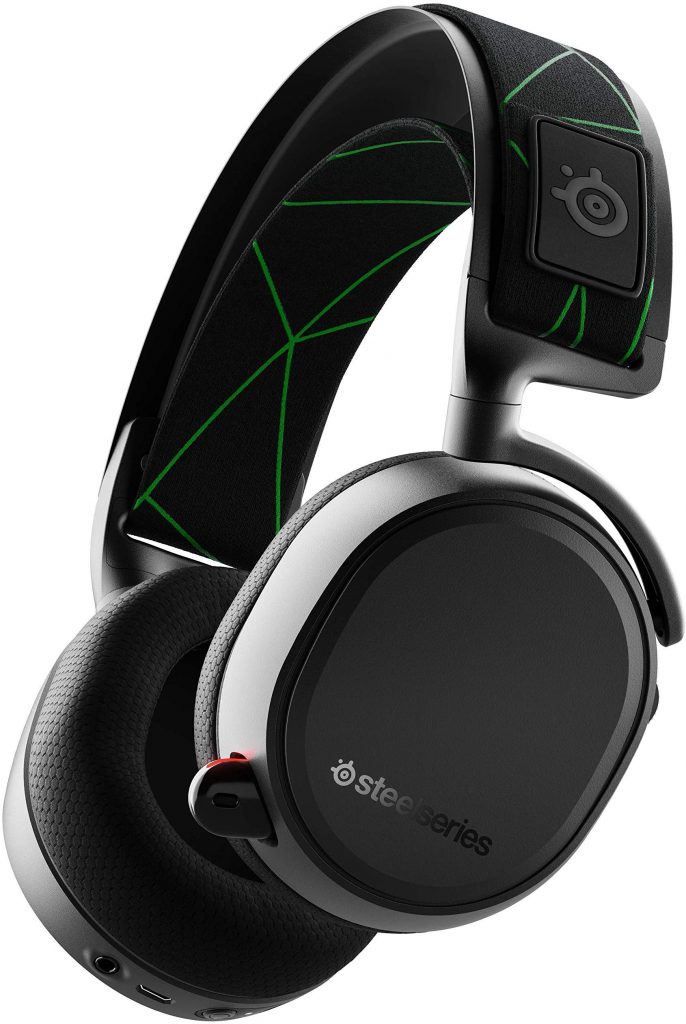 This headset uses Xbox Wireless connectivity, previously reserved for controllers exclusively to connect to the Xbox One. Just pair the Arctis 9x with the console and you’re set—no dongles or base stations required.

This Xbox One headset sports a durable aluminum frame with a comfortable suspension band modeled after the elastic band of a pair of ski goggles. Its headphones come with pads made out of a material SteelSeries calls Airweave, which breathes extremely well and offers a nice balance between the plush of a velour pad and the rigidity of leatherette. It also boasts up to 20 hours of use on a single charge.

The Arctis 9x’s bidirectional microphone is flexible and can even retract back into the left headphone when not needed. Surround sound is also supported through Windows Sonic Spatial Audio, so you should be able to hear the direction of enemies trying to sneak up on you in Fortnite just fine.

The Razer Nari Ultimate for Xbox One brings the features

Most of the time, gaming headsets stick to a few basic features. At most price points, you won’t find an option with everything very often. The Razer Nari Ultimate is one of those options. When we reviewed it in 2018, the headset offered a feature set that bordered on excessive. With Razer’s new Xbox One-focused version, we’re now firmly in excessive territory.

Razer Nari Ultimate for Xbox One 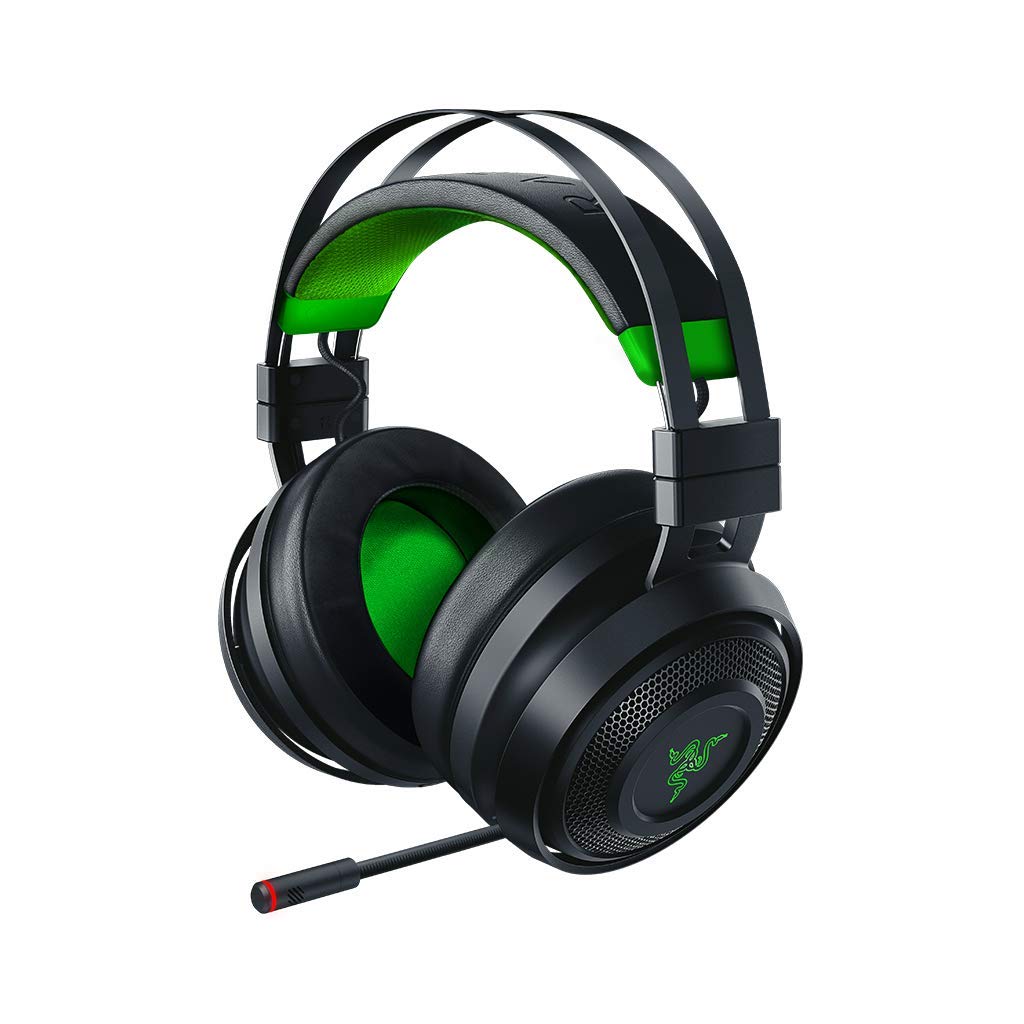 Razer Nari Ultimate for Xbox One
7.6

The Razer Nari Ultimate for Xbox One is a wireless gaming headset with big comfortable headphone pads and a suspension-style band. The headphones sit on hinges that rotate to fit any head shape and feature 50mm dynamic drivers. The headphone pads have hidden eyewear channels, so bespectacled gamers can play comfortably for hours. A built-in retractable microphone sits in the left ear cup, and it’s flexible, so you can set it in whatever position you need. This is built to be comfortable for everyone, and it’s got a pretty exhaustive swath of features to boot.

For starters, the Xbox One headset features the same Xbox Wireless compatibility as the Arctis 9x, so you can connect the headset to your console without needing a dongle of any kind—just pair and go. While connected wirelessly to your Xbox One, the Nari Ultimate also supports Microsoft Sonic surround sound, so you won’t miss directional cues in games like Fortnite. Additionally, this headset even offers haptic feedback, creating a rumbling vibration on your ears in moments of intense bass.

Built on the same frame as the recent HyperX Cloud Flight S, the HyperX CloudX Flight is an Xbox-specific version of the Cloud Flight. Swapping read highlights out for Xbox green, this wireless gaming headset brings the battery life Cloud Flight headsets are known for, along with a solid feature set. 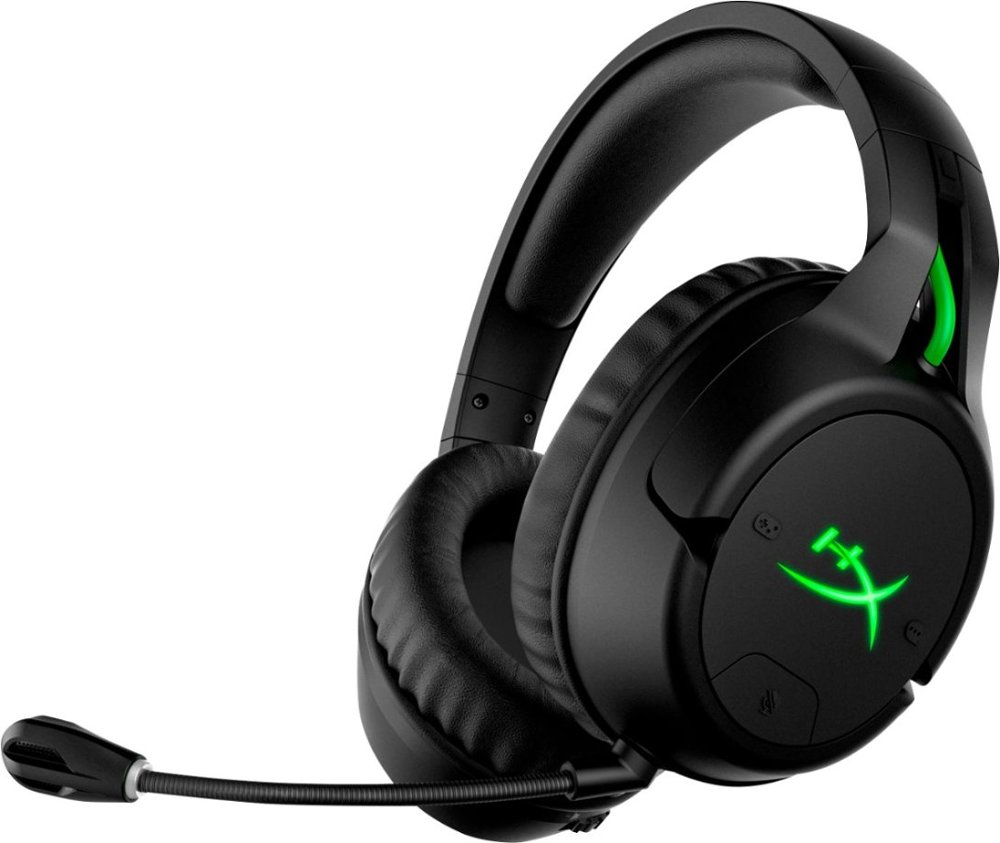 Unlike some of the other wireless Xbox One gaming headsets on this list, while the CloudX Flight is designed for Microsoft’s console, it doesn’t support Xbox Wireless. That means it uses a USB 2.4GHz wireless RF dongle to connect. While this isn’t as elegant a solution, it has some benefits. RF signals are notoriously kind to battery life, and you don’t have to go through the process of pair the headset—just plug it in and play.

The HyperX CloudX Flight offers up to 30 hours of playback time on a single charge, better than almost every gaming headset on the market. It’s got soft memory foam ear pads, which should make long gaming sessions comfortable. The headset’s microphone is also detachable, so you don’t need it have it sticking in your face if voice chat isn’t your bag. To top it all off, the CloudX Flight comes with HyperX’s assurance that it will be compatible with the upcoming Xbox Series X, Microsoft’s next-generation console.

If there’s one thing from which all the other headsets on this list suffer, it’s that they’re all pretty expensive. Don’t worry, not all wireless Xbox One gaming headsets will break the bank. You can get the Turtle Beach XB1 Stealth 600 for under $100, and it even supports Xbox Wireless. 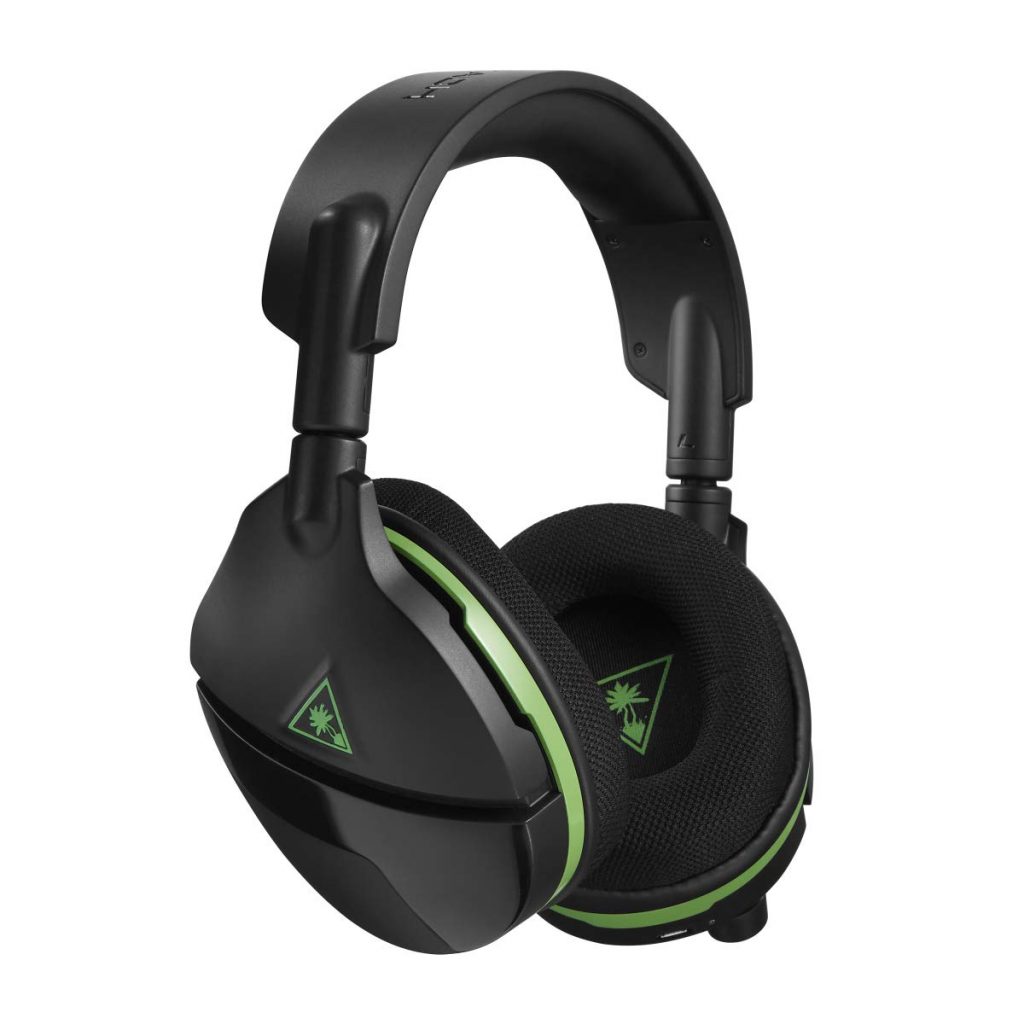 The XB1 Stealth 600 brings surround sound using Windows Sonic on both Xbox One and Windows 10, though you’ll need an adapter to connect to a PC if it doesn’t support Xbox Wireless. The headset also features a dual-foam ear cushion design meant to cut down on the pressure of wearing glasses while gaming. The headset features a built in mic you can flip up to mute, as well as separate channels for chat and game audio, so you can adjust their volume separately. It also comes equipped with built in EQ presets and a bass boost mode so you can.

The headset features 50mm dynamic drivers and can last for up to 15 hours on a single charge. According to Turtle Beach, the XB1 Stealth 600 will also support the Xbox Series X, so you’ll be reasonably future proofed.

The best wireless Xbox One headsets of 2020: notable mentions

Will these headsets be compatible with the upcoming Xbox Series X?

Fortunately, all the headsets on this list are forward compatible with the Xbox Series X, according to each product's manufacturer. If you're in the market for a new headset, now is a pretty good time to drop some cash for an upgrade!

Why doesn't the Xbox One support connecting to wireless headsets using Bluetooth?

It's a matter of quality control. Bluetooth connections are prone to significant amounts of latency, which would ultimately ruin your gaming experience. That's why gaming console manufacturers prefer to use a proprietary system for interfacing with wireless headsets, such as Xbox Wireless for the Xbox One.

What are some good wired gaming headsets for the Xbox One?

Check out our complete list of the best gaming headsets for the Xbox One, which includes some wired options!

Do any Xbox One wireless headsets also include Bluetooth for use with phones?

The Arctis 9x supports Bluetooth 4.1 for simultaneous connection and playback with mobile devices. You can adjust the mix of audio from both Xbox Wireless and Bluetooth sources independently, so balancing music from your phone and game sounds from your Xbox should be easy (high quality codecs are not supported). You also won't need to take off your headset when you get a phone call.