Amazon Music HD is marketed as an affordable high-quality streaming service for Amazon Prime members concerned about audio quality. Spotify, on the other hand, is for everybody. It’s one of the most accessible platforms around, and it has mastered the art of music discovery. Let’s take a closer look at Amazon Music HD vs Spotify to see which service is a better bang for your buck.

Editor’s note: this article was updated on September 16, 2021, to discuss Amazon’s addition of podcasts.

Amazon Music HD isn’t playing around: it’s a top-tier service that supports lossless FLAC audio. Amazon Music HD tracks stream up to 850kbps, and according to an Amazon representative, most devices receive Amazon Music HD files for playback. Amazon Ultra HD tracks top out at an impressive rate of 24bit/192kHz, but usually devices require the assistance of an external DAC.

Spotify Premium supports the compressed, lossy Ogg Vorbis audio format and streams at 320kbps when at the Very High setting. Other settings are Low (24kbps), Normal (96kbps), High (160kbps), and Automatic (adjusts depending on network connection). On February 22, 2021, Spotify announced Spotify HiFi, a lossless audio streaming tier that’s set to level the playing field against services like Deezer, Tidal HiFi, Qobuz, and Amazon Music HD. Little is known about the new tier except that it will offer CD-quality lossless audio, and likely won’t offer any higher quality audio.

Both services support local media files. Anyone with a vast music library saved directly to their phone’s storage will appreciate this feature on either application. What’s more, Amazon Music HD and Spotify Premium both allow for offline playback—which means you can download albums, songs, playlists, and more. This is great if you have a limited data plan, because streaming high-quality audio quickly eats into your monthly data cap.

Suffice to say, if you’re trying to squeeze the most out of your audiophile hardware, skip Spotify and splurge on Amazon Music HD.

Basic playback controls are available from the notification shade.

Spotify’s interface is easy to navigate, and its design is more pleasing than Amazon Music HD’s. I wouldn’t call Amazon’s ugly, though; it just prioritizes other things over a slick UI.

Both mobile and desktop apps feature the standard Home pages from where you may springboard into other subsections of the apps. Spotify’s Home page focuses a lot more on picks tailored for your tastes, while Amazon Music HD has a You Might Like section at the top, but favors its more general curated playlists.

Search functionality is better with Spotify than with Amazon Music HD: I intended to search for the band Hippo Campus, and purposeful mistyped “hippocampos” into both apps’ search bars. Spotify knew exactly what band I was referencing, and even offered a menu of options for me to choose from related artists, songs, playlists, and more. Amazon Music was more limited in its results, and pulled up one result for the band Hippocampo. The conglomerate omitted the option to check related bands.

Podcasts are now available on both streaming services

Spotify has plenty of podcast offerings, and Amazon Music HD is growing its library.

As of September 2021, Spotify has over 70 million songs available on its service, which is slightly less than Amazon Music HD’s 75-million song library, 2 million songs of which are available in Ultra HD. Spotify offers over 2.9 million podcast titles with more added daily. Amazon Music HD added podcasts to its library in 2020 and is building its collection of available titles, including a few Amazon exclusive shows. 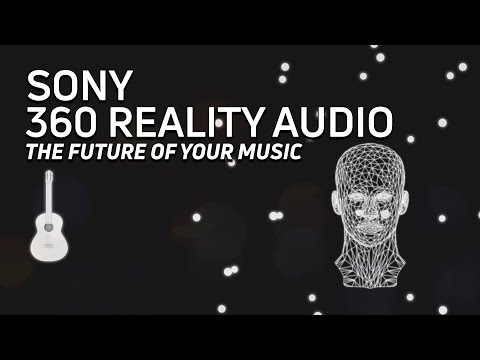 Amazon has a limited library of 3D audio tracks that are mastered in Dolby Atmos and Sony 360 Reality Audio. This is different from your standard surround sound, and a huge step up from traditional stereo playback: instead of listening to a limited number of channels, 3D audio uses numerous audio objects that can move around the listener within a three-dimensional space. The end result is a realistic representation of audio that’s more immersive than what standard codecs afford. There’s a big limitation to this though: 3D audio is only available on Amazon Echo Studio devices.

Both streaming services use an algorithm for individual music discovery, this means Amazon Music HD and Spotify Premium listeners will both be served with their share of curated playlists and suggestions. Not all discovery algorithms are created equally, and Spotify is king when it comes to dishing out good recommendations. Meanwhile, Amazon has to play a hard game of catch-up if it wants to compete with Spotify.

Amazon’s curated playlists are no match for Spotify

Spotify has plenty of personalized playlists and radio stations for its users.

Spotify supplies entire section dedicated to each listener titled Made for You. Here you can find things like podcast mixes; throwback playlists of songs you’ve loved over the years; and Daily Mixes, which are a collection of various artists within your favorite music genres.

Spotify also features two very useful playlists: Discover Weekly and Release Radar, both of which refresh every Monday. The former is a suggestion of experimental new music that Spotify’s algorithm has calculated and concluded you may like, while the latter is full of new music from artists you’ve chosen to follow. These are two of my most used playlists, and the easiest way for me to discover new music when I want to stay within the realms of my comfort zone.

Amazon, on the other hand, doesn’t feature weekly refreshes the same way Spotify does. Instead, it has a Playlists for You section with editorial curations including titles like Country Heat and Mellow ‘70s Gold. These serve as fine jumping off points, but leave a lot more legwork for the listener. Granted, Amazon Music HD does have a “Customers Also Listened to” option, but this requires some digging and usually just suggests albums from the same band.

Both services include a host of stations which are a constantly changing selection of songs under a given category. These categories can be very broad (e.g., Rock) or specific (e.g., Imagine Dragons the band), but only Spotify Premium and Free Spotify include a station for every artist and song. Only big-name bands get their own stations via Amazon Music HD.

The right column of the Spotify desktop app displays what your friends are listening to currently.

One of the reasons I’ve kept with Spotify for so long is for its social features: it’s easy to peek at what your friends are listening to from the desktop app, and if you click on their profiles, you can see their recently played playlists and artists. If it’s a friend whose music tastes you trust, this is an easy way to exit your usual genre confines and find something new.

Spotify Premium also allows listeners to create collaborative playlists, which surprisingly few services support. Working together to make playlists is great for a vacation, a weekend cleaning frenzy with the roomies, or as a means of sharing new music every now and then. As of publishing, none of these features are available on any of the Amazon Music tiers.

Spotify has a middle ground option with Spotify Duo, which allows two individual Spotify accounts to operate independently with some joint features (e.g., Duo Mix) for $12.99/month. Amazon gives people a hefty discount if they pay the annual subscription all at once, though, essentially reducing the cost of an individual subscription to $10.75/month and the Family HD plan to $16.58/month for Prime members.

Figuring out if you prioritize streaming quality or versatility more will make it easier to decide which service to get.

At the end of this Amazon Music HD vs. Spotify Premium breakdown, one thing is clear: there isn’t a clear winner. The best streaming service is going to depend on your needs and priorities. If you’re an audiophile with a great studio setup, Amazon Music HD makes the most sense because you’ll benefit more from those absurdly high-resolution audio files. Another reason to turn to Amazon Music HD: it’s a great deal for Prime members who want to dip their toes into the world of lossless audio.

For most use cases, Spotify Premium will be good enough—especially if you’re listening with cheap wireless earbuds—which let’s be real, most of us are. Sound quality may not be the best, but if you’re one for losing yourself in personalized playlists, this is the service for you. It’s cheap, has plenty of payment plans, and gets the job done well enough. Both services have their drawbacks, but both are constantly improving.

What internet speed is required for UHD music?

Amazon Music recommends a steady connection of 5 to 10 Mbps for Ultra HD streaming.

How long is the Amazon Music HD free trial?

You get a 90-day free trial of Amazon Music HD, and you may cancel it at anytime. It's limited to new Amazon Music Unlimited subscribers.