Here at SoundGuys we’ve long believed in the power of measured data when it comes to reviewing audio products. Objective comparisons are a lot harder to dispute when deciding which product is better in a given category. We’ve shown our data in product reviews for some time now, and now we’re upping our game with a new acoustic measurement system. Introducing: the Bruel & Kjaer 5128!

While it may look suspiciously like a crash test dummy, our new head is actually a very expensive, state-of-the-art piece of acoustic measurement equipment known as an artificial head. In fact, it’s the same gear used by the big players in tech to develop the very products we test. 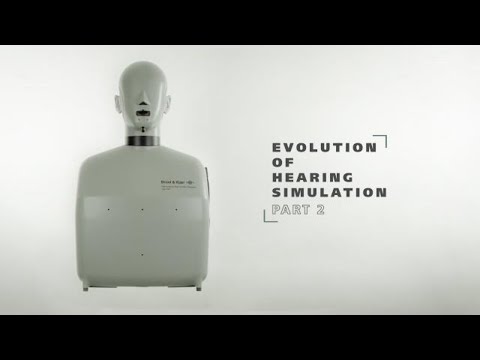 This head simulator uses a much more realistic ear canal, outer ear, and microphone capsule setup than anything else on the market currently. The ear canal itself was created by averaging and smoothing 3D models of individual ear canal features from the MRI scans of 40 different people. Bruel & Kjaer also went a little crazy updating the surrounding structures including emulating the change in tissue and bone density from the outer ear to the inner ear, but you can watch the video above if you’re curious about that. The end result is a Head and Torso Simulator (HATS) that can more accurately recreate the conditions inside a human ear.

This equipment will help us take more reliable measurements, even if getting a proper fit in the ear canals will be more difficult because of their more realistic shape. It’s an easy tradeoff, given the advantages of using this type of system. To get results that are closer to what you, the reader, would hear: we need a human analog testing apparatus.

Why do you need an artificial head for headphone reviews?

When products are normally used over a distance, like speakers, testing with a measurement microphone in an acoustically controlled environment works great. But when sound is generated close to the ear, it is affected by acoustic loading—how our anatomy affects the sound that reaches our inner ear. To be accurate, the measuring system has to closely simulate the acoustic loading of our ears to be meaningful. The older industry standard couplers are impressive, but don’t match the human ear across the full audio range.

Artificial heads have been around for some time, and our head’s venerable forefather, the 4128, has been a measurement standard for phones and headphones since the mid 80s. However, until recently, the average human hearing system had only been accurately modelled in terms of its acoustic impedance up to 8-10kHz. This meant any measurement data past that point isn’t as accurate as we’d want it to be.

That all changed with the release of the 5128 “High Frequency” head in 2017, which accurately models the average human hearing system right up to 20kHz, the highest frequency we can theoretically hear.  It’s basically the best platform available for the testing we do. We’re extremely excited to be the proud owners of this magnificent measurement noggin. Bruel & Kjaer The Bruel & Kjaer 5128 head and torso simulator may look like a crash test dummy, but it is the hardest worker in our office.

Our head allows us to accurately measure the output of wearable audio devices across the full audible spectrum. That means when we test headsets, headphones or other communication devices, we can accurately quantify how they perform in the real world, with real human beings.

What does this mean for you?

In short, this shouldn’t change much of anything in how you read the content here at SoundGuys. However, it does mean we’ll able to cover more things, more accurately, and more in-depth. Bruel & Kjaer It seems obvious, but a more realistic ear canal makes for a more representative sample than a straight cylinder.

How we do things isn’t really changing all that much, outside of our chart aesthetics and data collection going in a new direction. Beyond that, though, you’re going to see measurement posts and more features comparing individual headphones to each other to start.

If you’re wondering which measurements were performed with the new setup, that’s easy! The new measurements have a black background, and the old ones have a light grey background. We changed the aesthetics because we wanted there to be a plainly, immediately obvious visual cue when a measurement was outdated. We also reduced the smoothing of our charts to more accurately reflect the increased confidence in the measurement resolution. Say goodbye to our old charts (above), the new charts are going to look a bit different. The new chart aesthetic makes it very clear that you’re looking at our newer measurements.

The philosophy behind SoundGuys‘ testing and reporting has always been pretty simple: we care what you might hear. It’s why we link songs with concrete examples to illustrate our findings, and it’s why we don’t go too crazy with the unquantifiable. Consequently, any steps we can take for our content to be more relevant to your experience are worthy of our attention. As we’re an outlet that follows some pretty standard journalistic practices, we care a lot about what we currently assume to be true, and which results are responsible to report.

Though most current industry setups can simulate a human ear fairly well even with a perfectly circular opening, they don’t do such an outstanding job simulating how a “normal” human’s ear canal would affect things, so you can expect some variation from setup to setup. Even though it may take a while for the industry to define new standards for this kind of apparatus, we made a gamble on buying the Bruel & Kjaer 5128 because we felt it was the best chance we had at staying relevant with the same equipment for a long time to come. Our results will differ from those of other outlets, and that’s okay. Nobody’s measurements are necessarily wrong, it’s just that we’re all looking for different things with different equipment. If you’re really serious about chasing audiological nirvana, you should check multiple sources, compare your experiences with our reporting, and use us as a resource; not gospel.

This kind of equipment will allow us to do some seriously cool things with data, provided we’re able to figure out how to do it. We could create equalizer profiles you don’t have to futz with, and a whole lot more. Additionally, we can test signal over a selection of popular phones, and sources too. The sky’s the limit!