The UE Megaboom improves on the UE Boom in every way, but doesn't quite beat the best in its price range.

The sound distorts a bit at higher volumes, especially on bass-heavy tracks

It doesn't quite stand up the best in its price range, but this is an excellent speaker nonetheless. 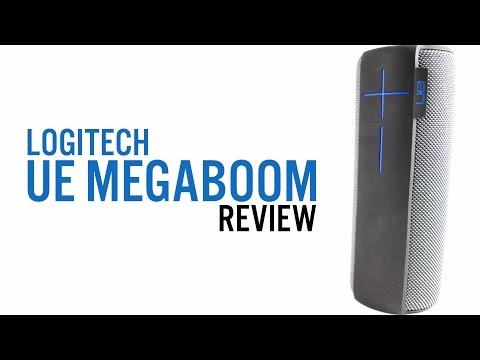 Have you ever encountered a movie that everyone seemed to like except you? You could tell that it was well made, maybe you even liked the cast, but for reasons that seemed obvious to you and no one else, you just couldn’t like it. That’s what the original UE Boom was for me.

When I heard talk of the UE Megaboom I was hopeful. Maybe the larger size would improve bass response and the overall sonics, keeping everything that was good about the UE Boom — which was pretty much everything else — in the process. Sure it was more expensive, but if the sound was good enough, that wouldn’t matter, would it? There was only one way to find out.

Like the original UE Boom, the outside of the Megaboom’s packaging is just a cardboard sleeve that covers a hardshell plastic carrying case. Open it up and you’ll find the speaker. A USB cable is tucked into a small nook in the case, and a box containing the wall charger and manual is located underneath the speaker.

Unlike the vast array of colors the UE Boom came in, the UE Megaboom pairs down the options to a reasonable four: Charcoal (the model we’re looking at in this review), Electric Blue, Lava Red and Plum. The Charcoal model is the most subdued looking of the four but, like the rest of them, it still has a fun, stylish look.

The general look of the UE Megaboom is similar to its predecessor, just bigger. This speaker isn’t going to fit in the cup holder in your car the same way the UE Boom did, and it won’t feel as light in a backpack either: it weighs in at just under 2 pounds. Luckily, the UE Megaboom puts its larger size to good use.

The Boom was water resistant, but the Megaboom takes that a giant step further, going full IPX7-certified waterproof. That means that this speaker has been tested to withstand being submerged up to a meter deep for up to 30 minutes. All the same, we wouldn’t recommend making that a habit, but it’s good to know if you plan on bringing it to the beach. Even the USB and 3.5 mm jacks are covered with thick rubber to help keep water out.

Pairing the UE Megaboom is fairly simple. After turning it on, just press and hold the Bluetooth button to enter pairing mode. Then either pair from the Bluetooth menu on your device or tap your NFC-enabled device below the + and – buttons to pair without the need for a menu. If you’d prefer to go the wired route, there is a 3.5 mm jack on the bottom, though this renders the Megaboom’s 360 degree sound somewhat less effective.

The Megaboom is controlled by four buttons and a freely downloadable app for both iOS and Android. On top of the speaker there are two buttons: the power button and the aforementioned Bluetooth button. On the side you’ll find the + and – buttons for controlling the volume. While this might seem a little on the slim side for onboard controls, the Megaboom app adds a ton of additional control.

The Megaboom app allows you to tune the speaker’s EQ and set an alarm, but that’s far from the best feature. The app also allows you to pair a second Megaboom speaker for true stereo.

One of the greatest features of the original Boom was the battery life. It was claimed at up to 15 and during testing regularly got around 11 hours. The UE Megaboom claims up to 20 hours of playback and unlike the original, we often saw more than that in testing, closer to 22 hours.

That’s plenty of time, but the speaker also charges quickly. Using the included wall charger, our recorded charge time from completely drained to full was just over 2.5 hours.

The shape should be a dead giveaway, and I’ve already said it plenty of times, but one of the key features of the UE Megaboom is the 360 degree sound. Because of this, we only did minor testing using the 3.5 mm jack, using devices connected via Bluetooth the rest of the time.

The lows were the weakest point of the UE Boom, but fortunately that’s far from the case here. The lows in the Megaboom are much better. The bass on Fugazi’s “Recap Modotti” carries the song and weaker speakers don’t cut it, but here it sounded great.

Midrange sounds much more accurate than on the original Boom, lacking the somewhat boxy quality that speaker exhibited. The growl of distorted electric guitar comes through perfectly.

Again, the highs are a vast improvement from the original Boom, with much more clarity and presence. Overall high end detail is enhanced, but not to the point of adding harshness.

Overall, the speaker sounds much better than the original Boom, though it isn’t without its problems. The sound tended to break up a bit at higher volumes and while it’s well suited to plenty of different music, the speaker didn’t seem to be a nice fit for metal or other loud, heavily distorted rock. As I’d hoped, the UE Megaboom not only keeps what was already good about the original UE Boom, but improves on it by making it fully waterproof and boosting the already-impressive battery life. That said, the most important upgrade here is the sound. The Megaboom can’t quite compete with the biggest players in its price range, but it is still an excellent sounding speaker with a lot to offer.

Ultimate Ears Megaboom
All prices listed in USD unless otherwise specified. Prices may change over time, and vary by region. Unfortunately, we cannot list Amazon prices on the site, as they vary greatly by currency.