Diehard fans may find something to like in the Samsung Level Ins, but there are plenty of better options out there.

Samsung diehards may find something to like in the Level Ins, but everyone else should look elsewhere. 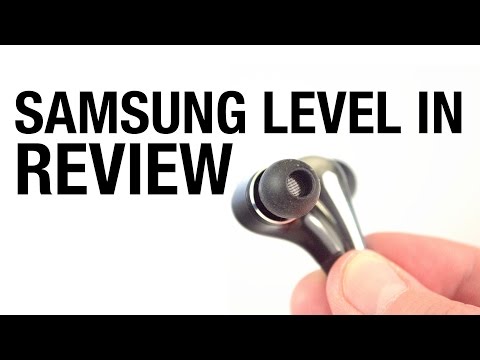 So far, we’ve looked at every other product in Samsung’s Level line of audio products, and while none have been bad, only the Level Over headphones offered any real standout performance. Even then, the price was a tad high for our liking. In this review, we’re looking at the last of the lineup (at least until the Level Box Mini is released), the Samsung Level In in-ear headphones.

Compared to the rest of the Level line, these earbuds seem relatively subdued. Most of this is due to the nature of earbuds themselves, but this is also the most wallet-friendly offering in the lineup. Should you spring for the Level In earbuds, or stick with the earbuds packed into the box with your phone? Read on for our take.

Like the rest of the review units we received in the Level line, our unit did not come in retail packaging. Instead, everything was packed inside a compact semi-hardshell case. Opening the case up, we found the headphones themselves, as well as a small plastic pouch containing additional tips for the earbuds.

In another similarity to the rest of their Level family, the Level In earbuds are available in black and white. Our review unit was black, which is the more subdued and refined looking of the two. While the white earbuds may look flashier, they’re more in line with the Level Box than either of the other headphones, since they lack the tan half of the color scheme that adorns both the Level On and Level Over headphones.

In an unusual and welcome turn, Samsung included twice the amount of additional tips in the included pouch. While most earbuds come with three pairs of additional tips, the Level Ins came with six pairs. The variety here makes it easier to find a comfortable fit, which is also essential for getting the best sound out of earbuds. The build is plastic and fairly light, though due to the remote you’ll still feel these tugging on your ears as you move around.

Just as we feared, the remote suffers from the same issues as the remote included with the Level Ons. If you use the Level In headphones with a Samsung phone or tablet, you’ll encounter no issues and the remote will work as intended. If you use any other Android device, you won’t be as fortunate. Plugging these into a Motorola Moto X, even the middle button didn’t work as a play / pause button, which is usually the case with a three button remote.

We didn’t have an iOS device on hand to test the Level Ins with, but given the incompatibility with other devices, we’re not getting our hopes up. While this was an issue with the Level Ons, it wasn’t as much of an issue, as the cable was removable so you could always replace it with a cable/remote of your choice. With the Samsung Level Ins, that isn’t the case, so this is a fairly big deal.

We’ve heard earbuds both good and bad, but our expectations scale with price. A $149 pair of earbuds has to sound a lot better to achieve the same score as a $35 pair. To make sure we did the Samsung Level In headphones justice, we did most of our listening via lossless audio and CDs played from a computer through a Focusrite Saffire Pro 40 audio interface.

The lows have a decent amount of presence and depth, but certainly aren’t anything special. There wasn’t any mud in the low end, but deeper frequencies definitely seemed to be lacking.

Lower midrange has a nice body and decent clarity, but the higher midrange had its problems. While we didn’t notice any boxiness or mud, there was a harshness in the high mids that ranged from noticeable to painful, depending on the song.

Highs were crisp and clear at times, but harsh and fizzly at others. This seemed to depend on the music we played through the headphones.

Like the Level Ons, soundstage was surprisingly good, especially considering that we’re talking about ear buds. In another similarity to the Level Ons, these seem to be tuned for pop and electronic music, while rock sounded generally harsher overall.

At this point, it feels like we’re repeating ourselves, but that doesn’t make it any less true: if you have a Samsung phone or tablet, these earbuds might be worth it, but for anyone else, there are better options out there. The fact that the remote doesn’t work properly (or in some cases, at all) without being plugged into a Samsung device makes it quite clear that the company planned things this way.

While the Samsung Level In headphones sound good enough, so do many other earbuds at a similar or often cheaper price. For example, the Bose FreeStyle earbuds we reviewed a while ago are at least $20 cheaper, sound much better, and at least the middle button on the remote will work with a Moto X. Samsung diehards may find something to like in the Level Ins, but everyone else should look elsewhere. 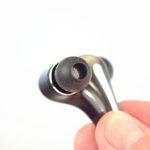 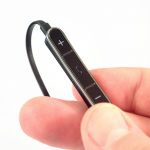 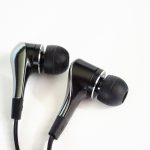 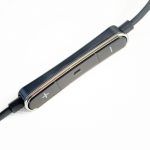 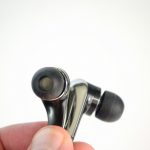 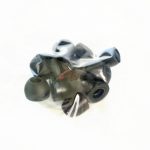 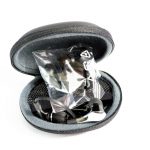 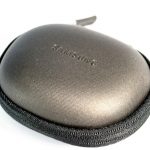