The Wren V5US is fantastic as either a standalone speaker or in a multi-room setup, but the steep price may scare some prospective buyers off.

This is fantastic as either a standalone speaker or in a multi-room setup, but the steep price may scare some prospective buyers off. 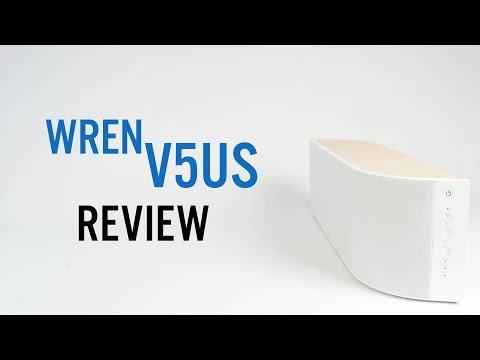 Last year we reviewed the Wren V5PF Play-Fi speaker, and we really liked it. As good as that speaker was, we knew even as we reviewed it that a better one was on the way. Earlier this month, the moment we’d been waiting for since we first encountered that earlier speaker arrived in the form of the Wren V5US.

We’ll get to exactly how much of an improvement over previous speakers this is in the review proper, but the V5US is essentially all of Wren’s previous V5 systems combined into one unit. And yes, that’s exactly as cool as it sounds. Opening up the box, the first thing you’ll spot is the manual – the speaker is directly underneath. Next you’ll find the accessories box, which holds the power cable and the remote.

The Wren V5US looks very similar to other speakers in the V5 series, with the only major differences coming in the control panel and the wood variety and color. The speaker is available in two color options: Almond Crème Anigre, and Espresso Wenge.

Either variety looks great, but for this review we’re looking at the Anigre model. Compared to the V5PF we looked at last year, everything is a bit lighter in tone, from the wood to the control panel, and even the lights. The V5US, like the other speakers in this line, is not intended to be a portable speaker in the same manner that many of the speakers we review are. This is instead more along the lines of multi-room home audio systems like those from SONOS. You’re going to find a nice spot, plug in the V5US, and it will probably stay there for quite some time.

Because of this, it isn’t an issue that the speaker is relatively heavy. The solid build and use of wood makes this act as a true speaker cabinet, unlike many smaller speakers. Even the remote feels solid, which isn’t something we normally see.

The sheer amount of connectivity options packed into this speaker is staggering. Not only will you find Bluetooth with aptX, but AirPlay and Play-Fi as well. If you’re just playing music from your phone now and then, Bluetooth will suit you just fine, but if you’re looking for multi-room audio or just more flexibility in your setup, you’ll want to go with AirPlay or Play-Fi, depending on what you’re looking for. Bluetooth pairing is simple, and whether or not Wi-Fi setup is tricky is going to depend a lot on your home network. In our case it was fairly simple and we played music from computers running Windows and Mac OS X, an iPhone, and an Android phone over the various modes. This flexibility also makes it easy for when friends want to share their music.

While you’ll be doing most of the playback control from your devices, the Wren has both built-in controls on the front panel and a fairly full-featured remote. The front panel offers power, volume, and source select controls. These functions are all available on the remote, which also adds a play / pause button and a mute function.

It wasn’t available at the time of this writing, but Wren tells us that Spotify Connect is coming as well as a simple wireless upgrade. This will let you use the Spotify app as a remote for the Wren V5US.

As you might imagine, the sound seems virtually unchanged from other speakers in Wren’s V5 series. Fortunately, those are very good sounding speakers in our experience, so that isn’t a bad thing.

One major difference comes in the form of an EQ switch on the back of the speaker. This functions either as a bass boost, or to correct for when the V5US is placed against a wall or in a corner. Considering the normal places that speakers go in homes, this is a very nice idea. Bass response is excellent, as it was with the V5PF. The bass port in the back will enhance bass while against walls, and you can use the aforementioned switch to correct for this if you’d like, or just enjoy the boosted bass.

As with previous speakers in the V5 series, there is just enough of a cut around 1000 Hz to cut back on the “woofy” sound inherent in speakers of this size. Overall there is a nice body to the midrange and guitars and synths alike sound great.

Perhaps it was that I was testing the speaker in a different location than the V5PF, but the high end rolloff I noticed in that speaker didn’t seem as heavy here. There is no harshness, but the softness I noticed in the other speaker wasn’t as apparent in the V5US. 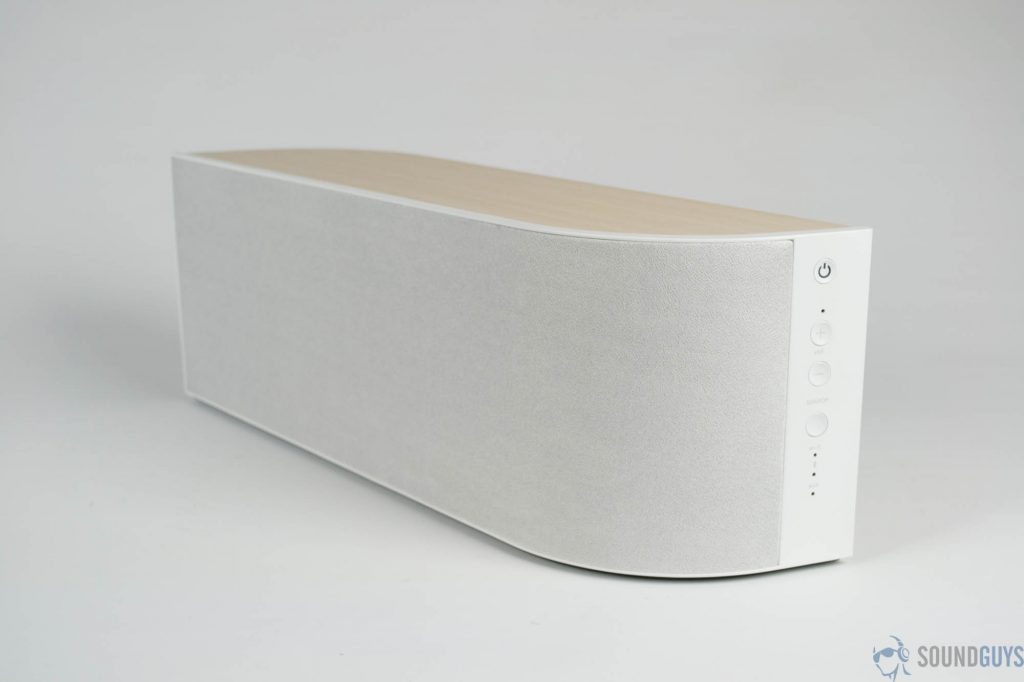 This speaker fills a room – even a few rooms – very well by itself. As with the last speaker from Wren that we tested, the V5US seems to crave higher volumes, and sounds even better as you crank it up.

It’s fairly simple: if you’re only going to buy one speaker from Wren, this is probably the speaker to buy, as it covers all of the bases. If you only need one or two connectivity options, the company’s other models will likely provide all you need, but if you want the maximum flexibility and the coolest features, the Wren V5US is where it’s at.

The $499 price tag might be too much for some, especially those looking at a multi-room set up, but the V5US is absolutely worth the asking price. Wren has a new V5US wireless speaker and it connects in every...