Podcast: The State of Smartphone Audio in 2018

From #donglelife to bluetooth codecs, the SoundGuys take a look at the state of smartphone audio in 2018. Are we worse off for losing the headphone jack? Who's to blame if your audio isn't great? …

Check out the SoundGuys Podcast on iTunes! This episode “The State of Smartphone Audio in 2018” can be downloaded here. Below is a full transcript of the podcast. Be sure to subscribe to iTunes for more episodes!

Adam: It was a little before our time, but I remember hearing stories about how people used to listen to music. Good ‘ol vinyl. Which meant you needed a turntable and speakers at your house to play it on. Which also meant that if you weren’t home, you couldn’t listen to your music. How terrible!

Seven year old me thought I was standing at the pinnacle of human technology waiting by the radio for my favorite song to come on so I could hit record on my tape player and steal it for my own library. It was admittedly, a difficult task when Funkmaster Flex decided to play the song from the beginning 12 times in two minutes. But I digress. I couldn’t imagine not being able to listen to whatever song I wanted, when I wanted it. Having to wait until you were home to listen to music!? What a nightmare.

It’s safe to say we’ve come a long way. But one thing that hasn’t changed in all those years was something relatively small. 3.5mm to be exact. The headphone jack. 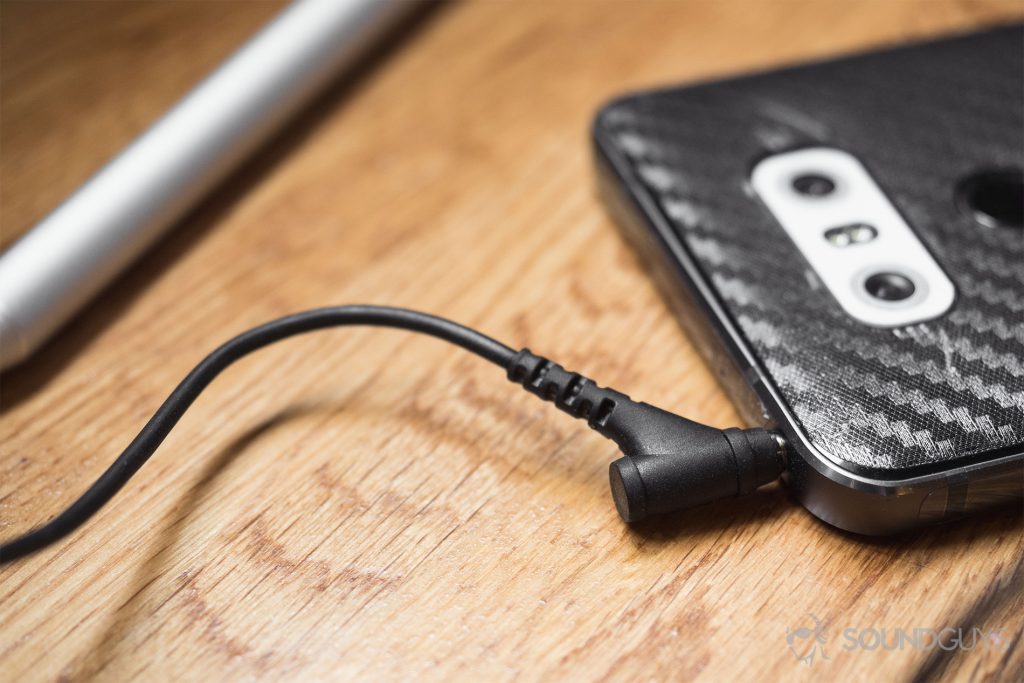 Plugging your headphones in may soon become a thing of the past – but is it worse from a technical standpoint?

Until now. It’s 2018, and all you have to do if you want to listen to music is reach for your smartphone. Between streaming services like Spotify, Tidal, and Apple Music you have basically every song built into an app on your smartphone. Music has never been more easily accessible on a whim. But when one door opens, another door closes. Plenty of popular smartphones no longer have a headphone jack. If you have one of those phones there’s only two ways you listen to your music. One is Bluetooth, which we’ll get into a little later. And another is hashtag donglelife.

It’s worth mentioning that we, like any self-respecting audio lovers, hate the dongles that come with your phone. The headphone jack was fine. In fact, more than fine. But it is what it is. And to be honest although dongles are inconvenient and stupid, they actually don’t really have a negative effect on the music you listen to. Our own Chris Thomas tested numerous smartphones with and without headphone jacks. He measured total harmonic distortion, frequency response, and noise floor to name a few. So what did he find? What effect does a dongle have on sound quality? Well, as far as the human ear is concerned…

The question of removing the headphone jack isn't one of sound quality, but consumer experience. Period.

Chris: And that’s really the thing: when we talk about audio quality, it’s more useful to think of it as the audio being perfect, and what makes good equipment really being whatever has the least amount of audible flaws. When it comes to raw audio performance, smartphones are essentially near-perfect—save for a few outliers—simply because the hardware can exceed the limitations of our own hearing.

As we’re a sister site to Android Authority, we test the flagship phones that come out regularly for their audio performance. So far in 2018, none of them have exhibited an audible flaw in their objective reproduction of music, even if some models have some challenges in the power or not-having-a-headphone-jack department. The Apple iPhone is by far and away the worst flagship phones for audio on the market, and even then… they’re not bad. 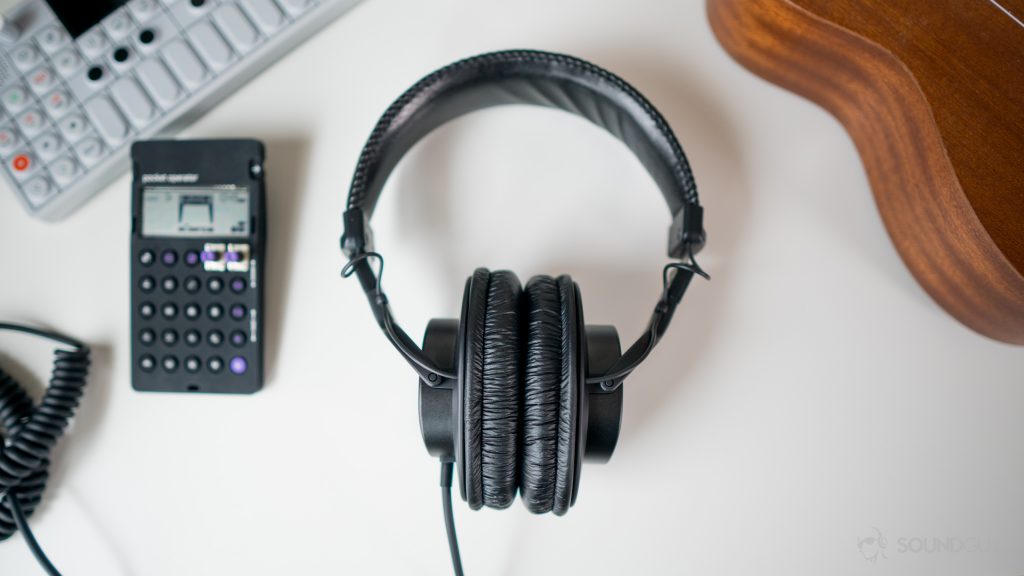 When it comes to smartphone audio, it’s most important to find the right tool for the right job.

None of the phones we tested needs an amp for decent results, nor an external Digital to Analog Converter chip, or DAC. Even if dongles frustrate many, from a performance standpoint they often do a great job. It’s often the headphones, in-ears, or headsets that need the performance upgrades, and the truth of the matter is that there’s only so much smartphone manufacturers can do to cover for the faults of third-party equipment. When it comes to improving audio quality, the answer is usually making sure you have the right tool for the job.

Like we discussed in the MP3 episode, when we listen to music in noisy environments: our brains filter out a lot of what we want to hear simply because it evolved to send us the loudest sounds and toss out as much conflicting stimuli as possible. Because of that, the bottleneck to audio quality on smartphones isn’t the phone itself, but rather: the world around you.

You can hear it now, as my voice gets quieter in this crowd. No, I haven’t lowered my voice, it’s just that your brain is focusing on the louder sounds!

If you couldn’t guess, we’re standing on the during rush hour in Boston. It’s loud, smells like burning electronics, and it’s time to make our escape. Let’s put on headphones. And what good are headphones without music? Alright, I dunno about you, but it’s tough to get into the song when I can’t hear all the notes. We could turn up the volume, but I don’t want noise-induced hearing loss. Luckily these are Sony WH-1000x Mark 2s, the best ANC headphones on the market currently. Let’s turn on the noise cancelling- pay close attention to how the music sounds when I do it. 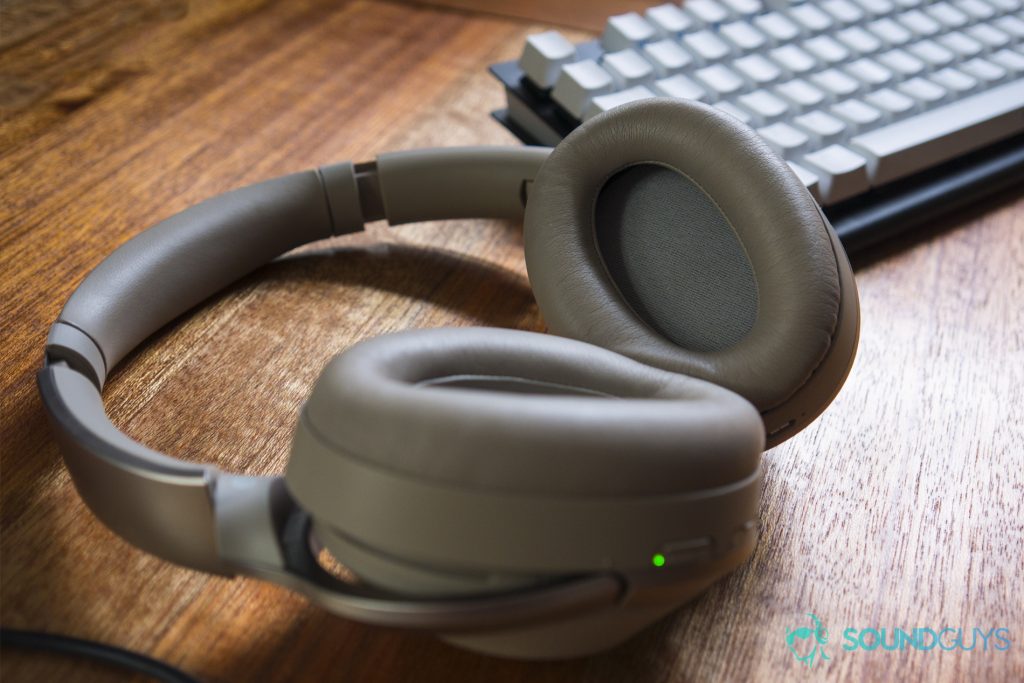 This podcast not sponsored by Sony

If you crave better audio performance out of your smartphone, really, the best thing you can do is to grab the right headphones for the job. Commuters want a set of active noise cancelers. Audiophiles listening at home want open-back over-ears. The environment dictates your needs, not the smartphone.

Additionally most headphones nowadays simply don’t need as much power as they used to—or they simply use a Bluetooth wireless connection. Smartphones are more than capable of driving all but the most demanding headphones, and even then, the current Korean leaders LG and Samsung offer phones that can handle more demanding hardware. So the only way to stand out nowadays is to offer features. Features like Dolby Atmos support, high-power output, and Bluetooth connectivity are really the only effective sources of differences from smartphone to smartphone. It’s that last one that remains the biggest source of shortcomings.

Speaking of which, when it comes to picking out the right headphones for your specific use-case, it’s important to know that for most of us, the aptX codec is more than enough. But before we inundate you with Bluetooth codec alphabet soup, we should probably define what a Bluetooth codec is and its function.

In short, a codec determines how Bluetooth is transmitted from the source—say, your phone—to your headphones. No matter the transfer rate of the codec, its mission is to encode and decode digital audio data into a given format. Each codec aims to provide the highest quality signal at the minimum specified bit-rate. Doing so results in the least amount of space and bandwidth required for storage and playback, respectively. As you may expect, a high bit-rate is indicative of better sound quality and worse compression, meaning that the file sizes are larger. While, on the other hand, a lower bit-rate affords greater compression at the expense of quality. Now, if you only listen to music at the gym, chances are all you want is to hear the bass and drown out the gruff grunts of your fellow gym rats. If that’s the case, low bit-rate codecs like SBC, the lowest common denominator of the codecs, should be just fine. Sure, in this instance, quite a bit of data will be lost due to strategic compression, but you’re working out, not analyzing the latest Andrew Bird song.

But back to headphones. Years ago, high-quality Bluetooth was at best a rarity and at worst an oxymoron. The advent and rise of the MP3’s popularity, as discussed in our first episode, created a demand for pocketable, portable media. As our media got more portable, so, too, did the tools used to listen to it.

The quality of your smartphone audio over bluetooth will depend greatly on the codecs your phone supports, and the codecs that your headphone support.

According to Google Trends, the first substantial, observable peak in queries regarding Bluetooth headphones was in December, 2014, just in time for the holidays. It was at this time, that major companies, like Beats and Harman Kardon, began supporting aptX. Prior to that, it was the low bit-rate, SBC.

Since then, we’ve seen a divergence in smartphone usage of various codecs. For the time being Apple relies heavily on AAC and its patented W1 chip and isn’t aptX-compatible. On the other hand, with the Android 8.0 Oreo update, we’ve seen a menu of codec options available now, including SBC, AAC, aptX, aptX HD, and Sony’s LDAC. Specifically, aptX-compatible headphones are becoming evermore salient. Perhaps one day they’ll be the standard, rather than the subband codec, SBC. Until then, though, if you want the highest possible Bluetooth audio quality, make sure to pay close attention to your smartphone’s codec compatibility as well as your headphones’. In the end, we see the state of smartphone audio as pretty damn good, but it’s not perfect. However, we’re no longer in the age of vinyl or the poor dynamic range of cassette tape. Digital audio reigns supreme, and no matter what vehicle is used to get it to your ears, chances are, you won’t be able to tell with any phone in the market in 2018. The way you stand out in the market, is no longer performance, but features, and in that vein, Android is making one hell of an effort to make its wired and wireless audio top notch so that any shortcoming in performance, is either the fault of the headphones, or the environment you’re in.

If you want to improve your listening experience on mobile, it’s all about picking the right tool for the job, and how much noise you’re going to be around. If you can do that, you’ll always have the best possible experience, even with a smartphone.