The V-Moda Crossfade LP2 are incredibly durable and sound great, but other products from the same company might outshine them.

Midrange isn't as nice as with some other V-Moda headphones

The V-Moda Crossfade LP2s are comfortable, built like a tank, and sound great, but the price point could be just high enough to take them out of consideration for some people, and the look isn’t for everyone. 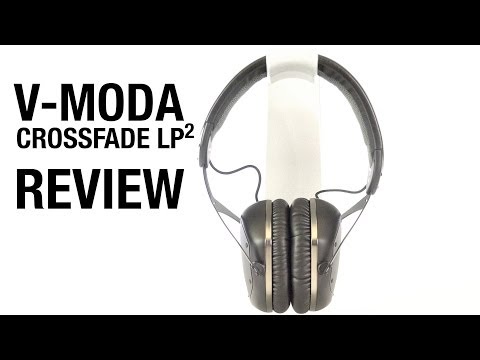 Though the company has only been around for 10 years, V-Moda has quickly risen to prominence as a major brand, making fans of audiophiles, pros and average Joes alike. Not only are their products known for their sound, but their use of heavy duty materials and their flashy looks. While the XS represents the company’s latest foray into headphones, we thought we’d take a look back at another of the company’s most popular headphones, the V-Moda Crossfade LP2.

V-Moda certainly doesn’t skimp when it comes to including accessories. Opening up the box, the first thing you’ll see is the hardshell Exoskeleton case. Everything else, including the headphones themselves, is inside the case. V-Moda has included two cables: one is a standard audio-only cable, and the other includes a one button remote and microphone. Also included is a 1/4″ audio adapter, carabiner, and a pair of gunmetal shields that can be swapped out with the existing shields on the sides of the headphones.

V-Moda makes a big deal out of their military-grade construction in their marketing, and for good reason: these headphones just feel tough. From the Kevlar-braided cable to the metal shields on the back of the headphones, these are certainly solidly built. Even the rubber and plastic elements feel more solid than usual.

The design is also fairly striking. Though the matte black color scheme is fairly subdued, the angular geometry and lines look more adventurous. If you find that the Crossfade LP2s look a little too plain for you, you can always swap out the matte black metal shields for the flashier gunmetal shields included in the box. For even flashier looks, you can find shields in other colors on V-Moda’s website.

Though they’re on the weightier side — thank the 50 mm drivers for that — the V-Moda Crossfade LP2s are a very comfortable pair of headphones. I found extended listening sessions to be no problem at all, with none of the irritation that can come from wearing many over-ear headphones.

The main focus of the V-Moda Crossfade LP2 headphones is their sound, so the included connectivity options are fairly limited, as you would imagine. As mentioned above, there are two cables included: one for audio purists, and the other with an included remote and mic. While it has never been shown that a mic or remote interferes with audio quality (and we highly doubt that it would) it’s still nice for those who don’t plan to use the Crossfade LP2s with a smartphone or similar device and don’t want the added bulk of the remote.

The single button remote is limited in scope, but has the added bonus of working with whatever you throw at it. iPhone, Android, Windows Phone — it doesn’t matter, the remote works with any of them. The microphone quality is fairly good as well, though this doesn’t seem to be a feature that people will use too often.

If you require a bit more in terms of connectivity, the Crossfade LP2s are compatible with V-Moda’s BoomPro Microphone accessory. This adds a boom mic to your headphones, making them work more like a traditional headset, and is specifically targeted at gamers.

V-Moda has two different sound signature classes that apply to its on- / over-ear headphones: the M-Class “Modern Audiophile,” and LP-Class “Live Play.” The M-Class headphones are the more accurate and balanced of the two, while the LP-Class emphasize bass a bit more.

The lows provided by the V-Moda Crossfade LP2s are definitely very deep, but not particularly overpowering. We have tested headphones that push bass to ridiculous levels and these certainly don’t go that far, though they do have more bass than M-Class headphones like the XS, as explained above. The bass has a somewhat “loose” feeling, with a slower response in the low end, which can be desirable depending on what kind of music you’re listening to.

Lower mids can be obscured by the bass on songs that are particularly heavy on the low end, but that is sort of the point of these headphones. In our testing, the midrange seemed to be the biggest change when comparing V-Moda’s M-Class and LP-Class headphones. Mids sound less wide open with the Crossfade LP2s, moving into the background to make room for the lows and highs.

The high end is sparkly sounding and generally very clear. This is where the sonic signature seemed closest to M-Class headphones like the XS, though maybe just a bit less detailed.

Soundstage is very good for a closed-back pair of headphones, and the volume can be pushed pretty far without distortion or other adverse effects on the audio. Sound leakage shouldn’t be a problem in most cases, though if you’re in particularly tight situations — on an airplane for example — you might want to stick to earbuds.

When making a decision about whether to buy the V-Moda Crossfade LP2 headphones, it’s a good idea to consider the more recently released V-Moda XS headphones as well, since both have their own pros and cons. The XS are generally the better sounding of the two, as overall they’re more balanced and have a more clear and open sound. On the other hand, the Crossfade LP2s pack in more bass, and the sound is generally better suited to electronic music and hip hop.

The V-Moda Crossfade LP2s are comfortable, built like a tank, and sound great, but the price point could be just high enough to take them out of consideration for some people, and the look isn’t for everyone. Still, with the materials used and the generally excellent build, if you invest in these headphones, chances are they’ll keep you happy for a long time. 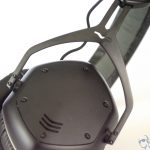 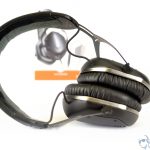 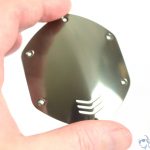 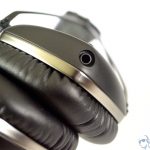 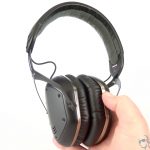 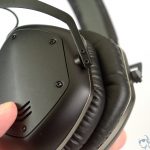 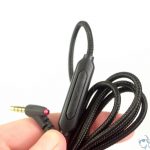 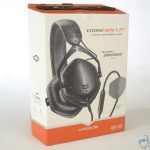 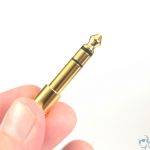