Only the best for your records 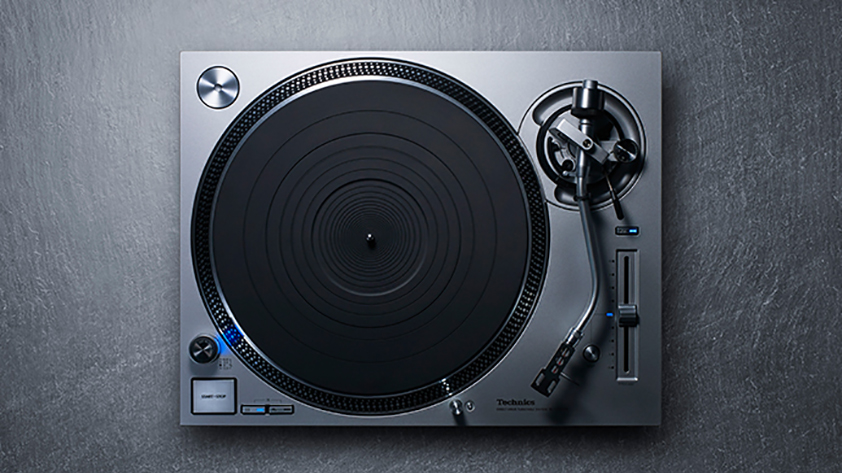 Hot off the heals of CES this year, audio company Technics updates their legendary SL-1200 series with two new models. The SL-1200GR was debuted at CES and the SL-1210GR is the same unit but in an all black colorway. The SL-1200GR and SL1210GR are billed to be the standard model in the SL-1200 lineup with last year’s SL-1200G labeled as the premium model.

Trickle down technology coming from the SL-1200G appears in the SL-1200GR and SL-1210GR. Drive-motor rotation inconsistencies, known as cogging, are smoothed by changes to the magnet inside the motor. The platter is made in a layer of die-cast aluminum and a layer of rubber, with the back being ribbed to increase stiffness and reduce unwanted vibration. The chassis is a similar construction of aluminum and rubber as well as microcell polymers to aid in sound dampening and rigidity. The tone arm is similarly constructed of aluminum, engineered to be lightweight and rigid, and all external terminals are gold plated to reduce external noise.

The SL-1200 has been around since the mid-’70s and has received incremental updates to its machining and materials over the years. Since its inception it has been popular with DJs and has made its name in DJ circles and club scenes. While Technics is aware that different markets have different audio tastes, the SL-1200GR and SL-1210GR are looking to give their users a balanced sound profile and intend to reproduce the audio track as accurate to the artist’s intentions as possible.