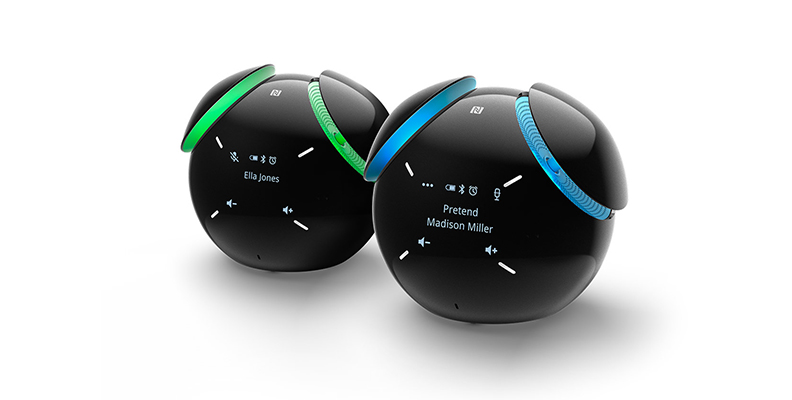 Not all speakers are created equal, and Sony knows exactly how to set themselves apart from the crowd. The new BSP60 is a Bluetooth speaker yes, but that’s not all it does.

Sony has baked in some pretty cool Google-ish features into the speaker including being able to set alarms and tell you the weather. It also comes with NFC pairing if you have a compatible device. Like any good virtual assistant it comes with a built-in microphone for calling as well as for understanding voice commands. If you’re like me and communicate mainly through texts rather than calls, it also vibrates when you receive a message so you won’t have to constantly check your phone for missed texts. All of these features can be activated by saying “Ok Speaker” which will activate the personal assistant that can be fine tuned to fit your needs via a voice control app.

The speaker itself has a design similar to a tiny bowling ball with colorful ears, and I kind of like it. It gives the appearance of actually listening which plays to the assistant aspect of the speaker. If you’re looking for a Bluetooth speaker to shake the house with, this probably isn’t the one for you. Still, it’s a unique idea that will probably work wonderfully for anyone looking to get better sound out of their portable device on their desk or simply looking to replace their alarm clock with something a bit more useful.

Sony hasn’t yet announced a release date, but it will retail for €299. That’s roughly $325 in the states, so unless you absolutely have to have the voice command capabilities you might be better off looking elsewhere for your next Bluetooth speaker. That said, the nerd in me immediately signed up to be notified for it’s release so if you’re interested make sure to sign up as well.