The STREET by 50 Star Wars First Edition headphones offer plenty of style, but can they back it up with solid sound quality?

Pricey for the features offered

The STREET by 50 Star Wars First Edition heaphones offer plenty of style and solid sound, but the price might put some people off considering the basic feature set. 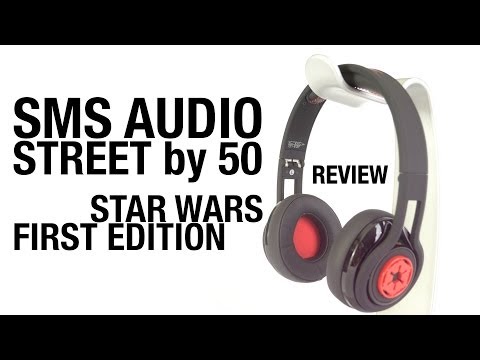 Buy now from Amazon.com ($199.95)   Brand co-mingling can be a strange thing. When you think of Star Wars, you probably don’t think of headphones, and you almost certainly don’t think of SMS Audio’s STREET by 50 headphones. Well, you didn’t anyway, because sure enough, that’s what we have here. The STREET by 50 headphones have been around for a while, but the new STREET by 50 First Edition Star Wars have something new. From the style to the extras included, the Star Wars branding is ever-present. That’s all well and good, but how do the headphones stand up as a whole?

Even the box that carries these headphones features heavy Star Wars branding. Slide off the outer cover, and the actual box folds open to reveal its contents. A pocket on the inside of the lid holds a pouch with extras, while the headphones and 3.5 mm cable are tucked inside the included hard shell case. A microfiber cloth for keeping the headphones clean and shiny is tucked next to the case. Open up the extras packet and you’ll find a sheet of stickers, certificate of authenticity, and a poster.

The STREET by 50 First Edition Star Wars come in four different varieties: Stormtrooper, Rebel Alliance, Galactic Empire and Boba Fett. For this review, we looked at the Galactic Empire variant, which feature a sleek red and black color scheme, though it’s worth noting that each variety has its own merits. Though these are technically on-ear headphones, they have a half on-ear / half over-ear feel. They don’t quite fit around your ears, but the ear pads are soft and pillowy enough that they conform to your ears. While initially this felt very comfortable — more so than many on-ear headphones I’ve tried – I noticed that they ear cups seemed to heat up rather quickly. After an hour or so of wearing these, the comfort level had definitely decreased. This could just be my ears, but it’s worth mentioning. The headphones don’t feel especially flexible compared to some others we’ve tried. You won’t be in danger of snapping them in half when you put them on, but they seem like they might be in danger in a crowded backpack. Luckily, the included hard shell case (a very welcome addition) definitely feels tough enough to keep them protected.

While the STREET by 50 First Edition Star Wars headphones put a tremendous amount of care into the style (and sound, but we’ll get to that later on), the same can’t exactly be said on the connectivity front. If you’re looking for Bluetooth or a full-featured remote control, you won’t find it here. What you will find is a removable 3.5 mm audio cable with an included microphone and remote. The headphones use a standard connector, so there is no need to worry that the cable will malfunction and you’ll have trouble finding a replacement. The remote is a simple one button “clicker” style, which trades full functionality for compatibility. As you’d expect, this button is used to pause and resume playback as well as answer and end calls. The microphone is fairly decent and call quality when using the headphones was perfectly fine. Incoming voices sounded as good, and outgoing voice quality is loud and clear.

In testing the STREET by 50 First Edition Star Wars headphones, I primarily used two methods of playback: lossless audio played from a computer through a Focusrite Saffire Pro 40 audio interface, and MP3 and Rdio streaming through a Motorola Moto X. I listened to music from a wide variety of genres as well as podcasts and audiobooks during testing. Lows Generally style-focused headphones tend to mask underwhelming sound with an overwhelming amount of bass. Thankfully, that is not the case with these headphones. There is a satisfying thumb in the low end, but the bass isn’t overpowering. Most of the bass power lies in the lowest frequencies, keeping the higher bass frequencies free of mud. Mids It’s a trend in a lot of headphones lately to apply “disco smile” equalization to the music played through them, boosting the lows and highs while cutting the mids. Again, that is not the case here. The midrange is very present, though not so much as to overshadow other frequencies or add an unpleasant “honk” to the sonic signature. Highs In keeping with the theme of the rest of the sonics, the highs are clear and detailed, though not particularly in your face. The high end isn’t coated in a glassy sheen, nor is it dull and lifeless sounding. The biggest surprise came in the soundstage. This is a very big sounding pair of headphones, and the percussion in Dan Sartain’s “Marfa Lights” seemed to come from all around during playback. While some distortion is present when volume levels are pushed to the maximum, the volume required was so loud that we can’t imagine most users will want to push the volume that high.

Headphones that can double as a fashion accessory are nothing new, but a lot of them (we’re not naming names) are often snickered at by audio enthusiasts. With the STREET by 50 First Edition Star Wars headphones, you’ve got both looks and sound in one handy package. On the other hand, there are a few issues. Though these headphones do look and sound very nice, they’re rather slim when it comes to features, and a lot of buyers may find the $199 price tag a little steep for headphones that don’t feature Bluetooth or active noise canceling. Still, if you’re a fan of Star Wars, or even if you’re not, these could be an excellent choice, especially if you value sound and style over features. 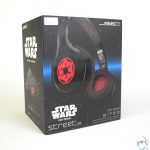 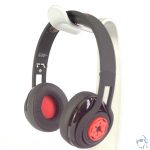 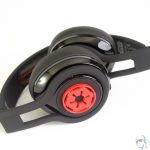