The Gear IconX 2018 are the latest wireless earbuds from Samsung

Samsung has announced the latest in its IconX family of wireless earbuds, which will offer up to seven hours of use on a single charge. 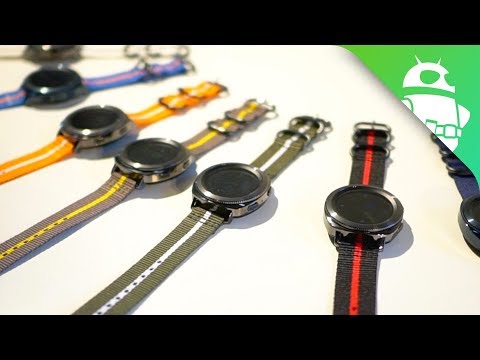 Along with today’s official reveal of the Gear Sport and Gear Fit 2 Pro wearables, Samsung has also introduced the 2018 edition of its Gear IconX wireless earbuds during its IFA 2017 press event. The original IconX earbuds were first revealed in June 2016 and went on sale later that year. The new Gear IconX models offer up to seven hours of standalone time on a single charge, or up to five hours in Bluetooth mode and up to four hours of talktime. The new versions also come with a carrying case that includes its own 340 mAh battery. The earbuds, which have a 82 mAh battery of their own, take only 10 minutes to charge for up to an hour of use. If you use the Gear IconX 2018 earbuds in standalone mode, you can listen to up to 4 GB worth of music with its onboard storage. The streaming mode on the earbuds allow the owner to control playlist, both offline and online. There’s no option to choose your assistant however, so if you pair your IconX to a Samsung device you’ll be stuck with Bixby, pair them to a Pixel and you’re getting Google Assistant and so on. Naturally you’ll need to have your phone with you for this to work.

The earbuds themselves come in black, pink, and grey colors.

We will learn a lot more about the new versions of the Samsung Gear IconX earbuds in the very near future, so stay tuned!