Honesty time: Portable speakers aren’t as great as non-portable speakers. The portability makes for a tricky situation when the whole point is to have the best sound possible in a tiny space. The Astro Speaker dares to challenge the portable speaker stigma starting October 15th when its Kickstarter campaign kicks off. 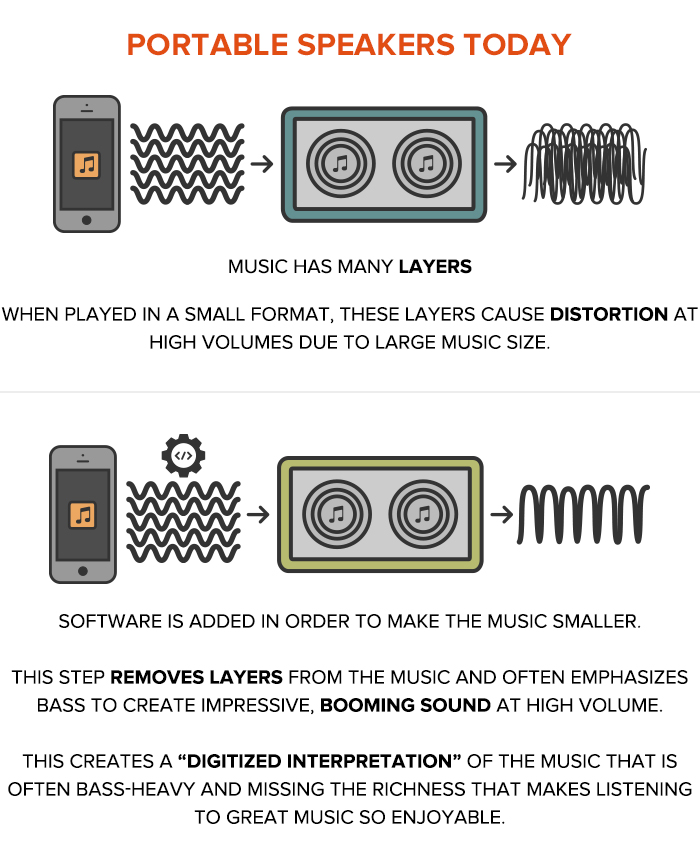 Along with the audio hardware, there’s a blank canvas for artists to display designs to go along with the superior audio. With Tattoo Temple, Treelabs brings exclusive designs for Kickstarter backers. The Kickstarter campaign is essential to focus on producing the first two thousand speakers by December and to bring full production to bring pure audio into the hands of more users.

However, the cost of that pure audio is that Treelabs needs to invest more time to correctly calibrate its hardware. This results in extra costs and as a result, reduced extra features.Since development is focused on delivering the best audio possible, extra features would just ramp up the price. Being dead-simple means that the one feature that counts here — the sound — will be all the better.

The Treelabs Astro Speaker will be available via Kickstarter on October 15 and on the company’s website later this year.