While they might not be a steal at the list price, the Polk Hinge earphones are worth a look if you catch the right sale.

At the list price these don't cut it, but at the prices you'll often find them going for online, they're worth a look 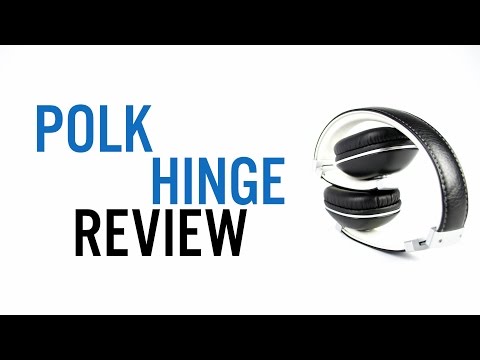 Late last year, Polk released two pairs of headphones simultaneously: the Buckle over-ear and Hinge on-ear headphones. While there was nice word of mouth around them, there was a dearth of reviews out there. We figured we had better fix that.

We’re looking at the Polk Hinge on-ear headphones, though a decently sized amount of features and design choices are shared between both pairs. The Hinge also happen to be the cheaper of the two, listing at $129.

Taking a look inside the box, you’ll find the Polk Hinge headphones tucked inside the included carrying pouch. The only other two things in the box are the removable cable and the manual.

The Polk Hinge on-ears are available in two color schemes: black and brown. We’re looking at them in black and find it to be nice, though the brown model has a certain retro appeal. Most of the headband has the look of stitched leather and contrasts nicely with the brushed metal that makes up the rest of it.

The ear cups pivot and are quite adjustable. This combined with the easily adjusted headband makes finding a good fit fairly simple. The earcups are nicely padded and I found them to be comfortable, even after a few hours, but if you’re not especially fond of on-ear headphones, it isn’t likely that these are going to change your opinion. The build feels fairly solid, and there are no creaks while adjusting the headband or ear cups.

The removeable cable that comes with the Polk Hinge headphones uses the mini connector on the headphone end that is becoming more and more of a trend these days. While the rise in popularity of this type of connector does mean that replacement cables will be easier to find, we still prefer 3.5 mm jacks on both ends. There was a bit of crackling with the headphone jack at first, but once this was resolved, it didn’t happen again.

The cable includes a mic and remote. The remote is of the three button variety, which works fine on iOS devices, but likely won’t fully function on Android devices. One unusual aspect is that the remote on our review unit had a fairly noisy rattle whenever it was used. This didn’t come through the headphones, but still didn’t seem like it should be happening.

Most of our testing was done playing lossless audio from a computer through a Focusrite Saffire Pro 40 audio interface, but since most people will be listening through a mobile device of some type, we tested on a few mobile devices as well, all of which drove the headphones easily.

The lows were boomy and full, but didn’t exactly provide the best definition. What the lows lack in accuracy is made up in abundance, however: this is a fairly bass-heavy pair of headphones.

There is a lot of low-mid presence here and the high-mids seem somewhat hyped. Generally, there is a v-shaped curve to the frequencies, which is nice for some music styles, but not others. EDM and other electronic genres are likely the best fit.

There is plenty of detail in the high end. Crash cymbals came through nicely without sounding harsh, and general detail was good.

Polk makes a point of mentioning its Passive Sound Isolation, and it does work well. Outside noise wasn’t very apparent, and there isn’t much sound leakage either.

Simply put, if you’re looking at paying the list price of $129, the Polk Hinge just don’t quite make the cut – there are better headphones out there for the price. There is a silver lining here though: you’ll often find them going for much less online, especially if you happen to find them during a sale. If you can pick these up for under $100, they’re definitely worth a look. 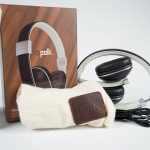 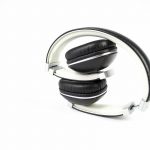 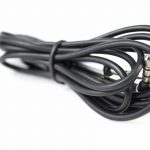 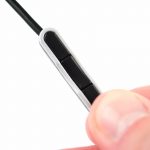 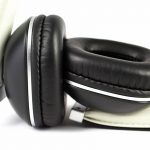 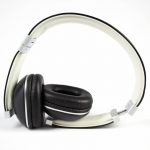 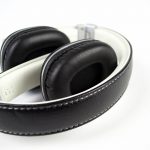 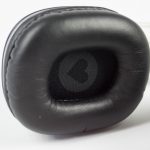 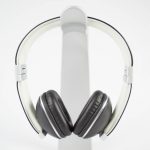