It's a good time to be in the market for a new PC as HP has announced a partnership that will get high-end audio company Bang & Olufsen to help with audio. 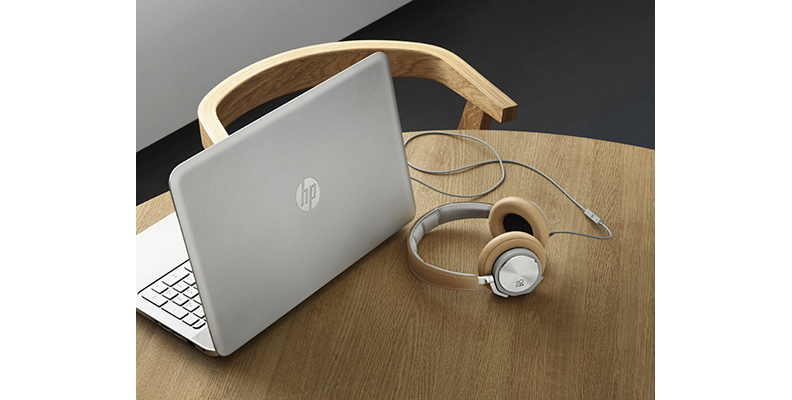 With Beats now under the control of Apple, PC manufacturer Hewlett Packard has been forced to look elsewhere for the brand name audio they like to put in their devices. The company they chose to go with is none other than high end audio company Bang & Olufsen. The company might not have the same level of brand recognition as Beats by Dre, but anyone who knows a thing or two about audio knows that this promises to be a step up.

B&O has long been the producer of lavishly designed high-end audio products and now they will be working alongside HP to custom make the parts that contribute to the listening experience. Physically, one of the changes is an “audio island” that separates the audio circuits from the electric interference of the motherboard. They also plan on reducing the amount of metal that comes in contact with the headphone jack to counter the effects of output interference. On the back-end of things HP has also added a new control panel that allows users to choose from presets or manually EQ the sound to their liking.

The first computers to come out of this new partnership are said to be arriving sometime this Spring so expect to see either a sticker or an engraving of some sort the next time you go to browse the computer section. HP computers in the Envy, Omen, and Spectre lines will be directly branded with the Bang & Olufsen name while the Pavilion brand as well as any tablets and audio accessories will have the B&O Play branding.

Though B&O has been making premium equipment for years, only time will tell if they will be able to have the “Beats” effect HP is no doubt looking for. The average consumer knows the Beats brand, especially after they were acquired by Apple for the small price of $3 Billion back in 2014. After all, the headphones for both companies are similarly priced but how many people have you seen wearing B&O lately?

Bang & Olufsen teams up with DJ Khaled on new headphones