The new and exciting tech inside our devices 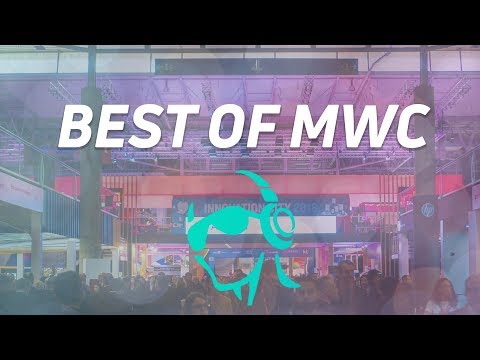 So MWC 2018 is over now, and although there weren’t too many new headphones or speakers on the show floor it was still cool to walk around and see some of the new audio-related technologies. There’s a lot more that goes into the products we all enjoy than meets the eye. The companies that do everything from the different codecs that make streaming music possible to notable improvements in audio quality can be seen in these halls. Two of them are actually really interesting and deserve to be given our Best of MWC award.

The first is Samsung for adding Dolby Atmos to their Galaxy S9 smartphone. If you go into the sound settings of the phone you can toggle it on or off, so as long as the content you’re watching is Dolby Atmos compatible you’ll get better spatial cues. It isn’t exactly going to replicate a true surround sound setup but it’s definitely an improvement. Keep in mind this works best with over-ear headphones as the sound needs space to bounce around. If you’re going to be using in-ears it may just get a little louder but that’s about it.

The second company to really impress us with some new tech was Qualcomm for their advancements in True Wireless audio. Truly wireless earbuds are all the rage now, and no one has quite seemed to get the connection aspect perfect save for the Apple Airpods which use a special hardware chip called the W1. But Qualcomm now has their own solution to the problem which promises to not only make a better stable connection by splitting up the audio into left and right channels, but it also helps battery life. Because the audio gets split there’s less data going to each earbud which means a stronger connection.